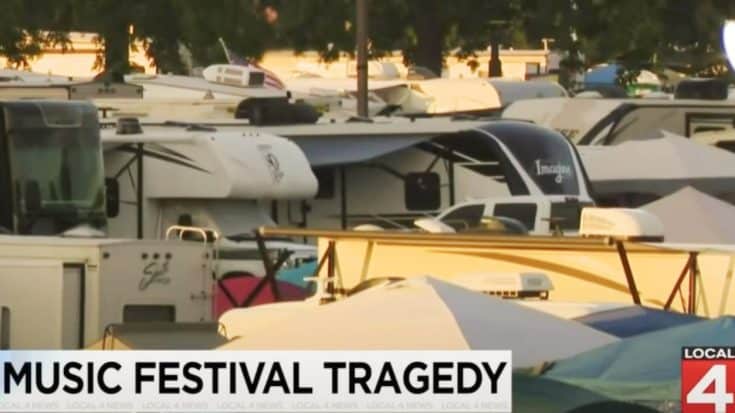 But what was supposed to be a weekend full of great fun and good music was shrouded in tragedy.

MLive reports a woman’s body was discovered on festival grounds at 7:30 AM on Saturday (July 17). Police later identified the woman as 30-year-old Melissa Donna Havens. Her cause of death is currently under investigation.

Police want the public’s help in identifying an individual who was seen with Haven within 24 hours before her body was found. As MLive states:

“The subject is reported as a Black male in his 30s, with short black hair and a short beard. The individual was reported as wearing a gray hoodie. Anyone with information on this incident is instructed to contact Sgt. Daniel Drewyor at 734-819-8192.“

Police said more information would be released when available. https://t.co/WkAga5TTsf

Later on Saturday (July 17), three men were found dead in their travel trailer in a campground near the festival. The Lenawee County Sheriff’s Office released a statement about the deaths on Facebook:

“On July 17 at approximately 1:27 pm Lenawee County Central Dispatch received a 911 call regarding unresponsive persons at a campground in Woodstock Township, Michigan, during the Faster Horses Festival. Emergency Medical Responders and Sheriff Deputies responded to the campground…and found five males in their early 20s inside the travel trailer, all unresponsive.”

The Sheriff’s Office’s statement went on to say that three of the men were pronounced dead at the scene, while the two others were transported to the local hospital in critical condition.

“This tragic incident is being investigated as a suspected carbon monoxide exposure from a generator located very near the travel trailer,” the Sheriff’s Office’s statement read.

According to MLive, festival organizers initially refused to comment on any of the deaths. Courtney Johanson, the publicist for Green Room Public Relations (which represents the festival) eventually provided the following statement:

“Faster Horses Festival is deeply saddened by the tragic losses this weekend, as confirmed by the Lenawee County Sheriff’s department. Our hearts are broken for the families, friends and loved ones.”

Watch a news report about the deaths at the Faster Horses Festival below.