5 Parrots Removed From Public Display For Cursing At Visitors 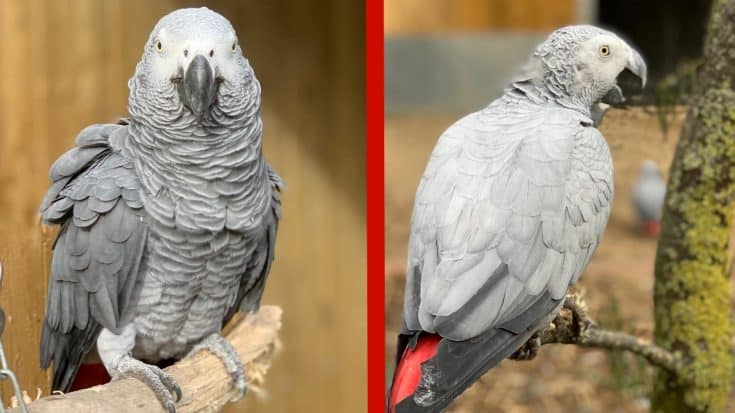 Five filthy-mouthed parrots at the Lincolnshire Wildlife Park in Friskney, England had to be removed from the public display after saying curse words at the visitors.

Lincolnshire Wildlife Park reported that they adopted the African grey parrots back in August and quarantined them together. The parrots were cursing and the staff thought it was funny at the time, but figured the birds would eventually “kick the habit.”

However, after they were moved to the main outdoor aviaries, staff noticed the birds were still squawking some strong language. Park chief executive Steve Nichols said the parrots “swear to trigger a reaction or a response.” So when visitors heard them cursing and looked shocked or laughed, it encouraged the parrots to curse again.

“Some visitors found it funny but with kids visiting at weekends, we decided to move them,” Steve told BBC. “I’m hoping they learn different words within colonies – but if they teach the others bad language and I end up with 250 swearing birds, I don’t know what we’ll do.”

By separating the birds, Steve hopes they will lose their bad habits and pick up new words because it could get really bad if all his birds start cursing. Those birds aren’t the only ones getting attention, however, a parrot named Chico was recently recorded singing Beyoncé’s “If I Were a Boy” song at the park. Watch that video below!