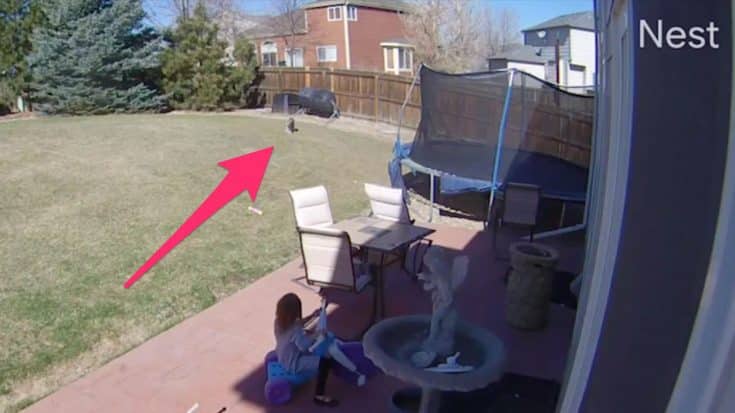 At just 5 years old, Rian Woodard is braver than most. On Saturday, April 10, 2021, she came face-to-face with a wild bobcat and didn’t even flinch.

The incident occurred in the backyard of the Woodard’s home located in Castle Rock, Colorado. Their backyard camera shows young Rian sitting on her tricycle when a bobcat suddenly darts out of the bushes chasing a rabbit. When the big cat noticed Rian’s presence, it freezes in place while the rabbit speeds off. Rian maintained a stare with the predator for a full 22 seconds before the animal finally flinched and ran away.

As soon as the staredown was over, Rian ran inside to tell her parents what had just happened.

“There was no alarm whatsoever of any panic,” Rian’s father told Fox 31 News. “I thought maybe she was just being a little dramatic,”  her mother added.

Both of them were convinced the bobcat was likely just a large housecat and that their daughter was exaggerating her story. Nevertheless, they decided to check the footage captured by their security camera and were shocked at what they saw.

“I think I was in shock. I was kind of terrified for her,” her mother went on. Fortunately, Rian is fine after the encounter and has a cool story to tell her friends.

Watch the terrifying incident below.