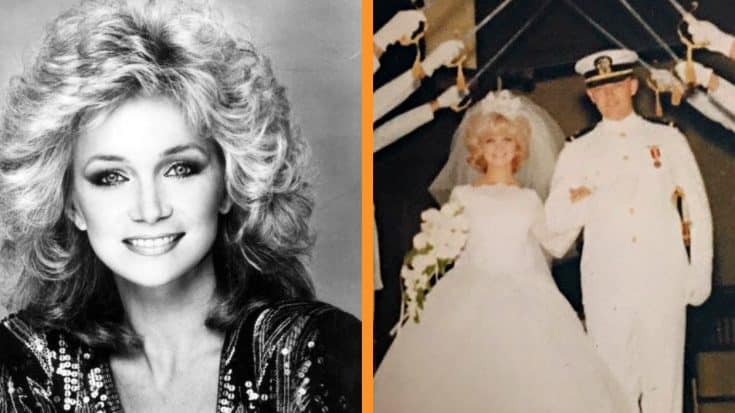 Many marriages go through ups and downs, but few can say they’ve withstood the storms and enjoyed the good times for as long as Barbara “The Sweetheart of Steel” Mandrell and her husband, Ken Dudney.

When Barbara and Ken first laid eyes on each other, they fell in love fast. The only problem: Ken was engaged to someone else at the time. Enraptured by Barbara, Ken broke off his engagement to the other woman. The two wed on May 28, 1967, and have been going strong ever since.

Barbara speaks candidly of the challenges they’ve faced throughout their marriage, including Ken’s time away with the military and Barbara’s intense focus on her growing career.

When it comes to a long-lasting marriage, Barbara tells The Boot, ”There are times when Ken and I would like to put each other through a wall! It happens, but we married for forever, and keeping God at the center of our lives has made it work and made it blessed and happy. Ken and I both are outgoing people — we’re yellers and screamers! But we’re also passionate at making up.”

They have three children together: Jaime, Nathaniel and Kenneth.

Happy Anniversary to Barbara Mandrell and Ken Dudney! Married on this day in 1967.

Posted by Country Music Circle on Wednesday, May 28, 2014