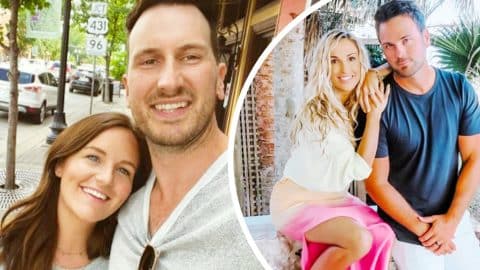 Many hailed 2019 as the year of the baby boom in country music. Artists such as Carrie Underwood, Jason Aldean, and Kane Brown all had babies last year.

Several other country artists have already welcomed new additions in 2020.

Far more artists have welcomed babies this year, and many others are still waiting for their new additions to arrive.

We’ve put together a list of six country artists who have announced pregnancies this year and are still waiting to welcome their new additions. The country music family just keeps growing!

It’s been a super special Christmas over here in the Pitney family!! Evie is so excited to be promoted to big sister ❤️ Baby Pitney coming Summer 2020! Thanks to @tasteofcountry for helping us share the big news! Link in bio. 📸: @hollyaudramccubbin

The “Boy and Girl Thing” singer and his wife, Emily, are expecting their second child this July. Mo and Emily’s first child, daughter Evelyne Nadine, just turned three in January.

In December 2019, Taste of Country interviewed Mo about the upcoming arrival of his newest family member.

“I wanted to have the baby a little bit sooner but we waited a bit,” he said. “We did it the right way. Our hearts decided.”

The Pitneys shared a gender reveal video on January 1 to announce they’re having a second daughter! In a recent post on Instagram, Emily wrote, “We are all SO anxious and excited to meet the littlest Pitney girl we can barely stand it.”

Thank you to pregnancy for motivating us find 30 minutes in our schedules at home for family photos, and thank you @lauramollphoto for always snapping the sweetest moments so quickly.

Tyler Hubbard and his wife Hayley will soon have three children under the age of three! The couple already shares a daughter, Olivia (age two), and a son, Luca (age 11 months).

In early March, the Hubbards shared the “surprise” news they’re expecting their third child this fall. They later revealed that Baby Hubbard #3 will be another boy!

Brittney Kelley (the wife of Tyler’s fellow FGL member Brian), surprised the Hubbards with a gender reveal while they were on vacation in Kenya. Brittney snuck a blue-colored scarf to an elephant keeper, and that scarf was placed on an elephant that walked by Tyler, Hayley, and Olivia.

“We were pretty surprised to find out we’re expecting, but having three children is something Tyler and I have always dreamed of. God’s timing is perfect!” Hayley told People in an interview.

So excited to share with you guys that we’re pregnant & going to have our first girl. I’m so lucky in this life. 📸: @jolieloren

The Hubbards aren’t the only ones set to become a family of five this year! Zac Brown Band‘s Clay Cook and his wife, Brooke, announced they’re also expecting their third child in 2020.

Clay and Brooke have two sons, Theron “Teddie” (age one) and Charles “Charlie” (age three). Their newest addition will help balance out the household dynamics a bit, since they’re expecting a baby girl!

The Cooks told People they were shocked to find out they were expecting a daughter because no girl has been born into the family since the 1930s.

“Our whole family, and especially her big brothers, cannot wait to meet her,” Clay said.

Brooke is due to deliver their baby girl sometime this fall.

We have been keeping a little secret. Hope it brings you as much joy as it has us during this time! God is good!

Yet another country artist due to welcome a third child this year is “Whatever She’s Got” singer David Nail. David and his wife, Catherine, announced in March that they’re expecting their third child later this year.

David announced the pregnancy news by posting a picture of Lillian and Lawson dancing together in the living room, and captioned it, “I hope he looks at his little sister like he looks at his twin sister…”

In case you couldn’t tell from that caption, the Nails are welcoming another little girl into their family! Catherine also posted a gender reveal video on the same day David made the pregnancy announcement.

“We have been keeping a little secret,” Catherine said in the video’s caption. “Hope it brings you as much joy as it has us during this time! God is good!”

I have a dreamed of this moment for a long time. I’m so excited to share with all of you that @kasirosa and I are HAVING A BABY!!! It has been an emotional roller coaster to say the least. We had to take the IVF route to get it done and we wanted to share our story with all of you of our journey because infertility is a real thing and can effect anyone for many different reasons. We are so thankful for the IVF process and our amazing Drs. and nurses. Sending prayers and all the positive vibes to anyone going through a difficult time bringing a baby into the world. We know how it feels to want it so bad 💛 Read about our entire journey with @people Mag this weekend. And people.com now! We hope it helps anyone going through a similar situation. Oh yeah…. we can’t wait to meet our BABY BOY!!!!

In June, “Stealing Cinderella” singer Chuck Wicks announced he and his wife, Kasi, are expecting their first child together.

The couple underwent IVF to conceive their much-wanted baby, and learned they’re having a son. Kasi already has three daughters from her previous marriage: Makenzie, Madison, and Avery.

“I have a dreamed of this moment for a long time,” Chuck wrote on Instagram when he announced Kasi’s pregnancy. “I’m so excited to share with all of you that @kasirosa and I are HAVING A BABY!!!“

The couple is due to welcome their baby boy in December.

THE DAD SHOES ARE OFFICIALLY OFFICIAL! WE’RE HAVING A BABY!! 📷:@spencer_combs

Russell Dickerson and his wife, Kailey, are both first-time parents! In April, the couple announced they’re expecting their first child this fall.

Russell and Kailey later found out they’re expecting a baby boy! As Russell told People, he and Kailey already have some baby names in mind for a son.

Russell shared the pregnancy news around the same time he released a new song about his relationship with Kailey, titled “Love You Like I Used To.” Enjoy the song’s official music video below.

We wish the best of luck to all of the country artists expecting new additions this year. We can’t wait to see their sweet babies when they arrive!