By Miranda Raye on October 6, 2020
Advertisement 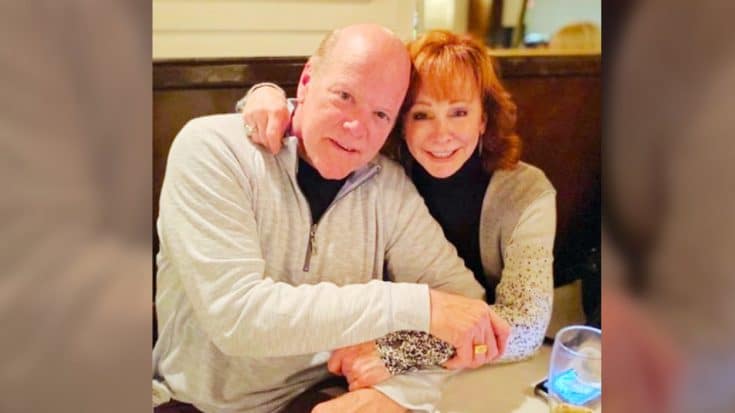 On the October 5, 2020 episode of her podcast, Living & Learning, Reba McEntire confirmed there is a new man in her life. That man is actor Rex Linn, who is known for playing Sgt. Frank Tripp on CSI: Miami from 2002-2012.

McEntire and Linn actually knew each other for decades, but reconnected in 2020. The two bonded over texts and phone calls before they were finally able to see each other in person…and they’ve been inseparable ever since!

“It’s good to have a person to talk to, laugh with, get into subjects about what’s going on…It’s just great getting to talk to somebody who I find very interesting, very funny, very smart, and is interested in me, too.”

We’re sure you’re interested to learn more about Linn’s life and career. So look below to find six facts about him!

HOOK’EM HORNS FROM THE RIDDLER!!!!!

Linn was the subject of a cover story for ion Oklahoma Magazine in the fall of 2016. During the interview, he shared a bunch of fun facts about himself, including the fact that he loves dogs.

In the 1980s, Linn got a Mastiff that he named Emmy Lou after the singer Emmy Lou Harris. Emmy Lou became a champion show dog, but Linn got tired of all the drama surrounding dog shows. So he ceased showing dogs himself, and got a handler.

At the time Linn was interviewed by ion Oklahoma Magazine, he had a French bulldog named Riddler, who was also a show dog.

2. He’s A Huge Fan Of The Texas Longhorns

As you see in the above photo Linn shared of Riddler back in 2015, he’s a big fan of the University of Texas Longhorns.

Linn actually graduated from Oklahoma State University, but he was born in Texas. That’s where his love of the Longhorns comes from.

Back in 1986, Linn won the Oklahoma State Duck Calling competition. He went on to compete at the national level, and placed in fourth.

When speaking to The Oklahoman in 1988, Linn said “he proudly listed” his duck calling championship title on his acting resume.

4. He Had A Role On Nashville

If you don’t recognize Linn from any of his other roles, we’re sure you’ve seen him in at least one show before…and that show is Nashville!

5. He Was Previously A Banker

During his 1988 interview with The Oklahoman, Linn spoke about how he always wanted to be an actor, but didn’t have the nerve to chase his dream. So he decided to follow a different career path instead.

“I didn’t have the courage or the opportunity to try acting then,” Linn told the publication. “So I did what I could, and that was banking.”

As a banker, Linn rose up the ranks until the bank collapsed in 1982. That’s when he finally decided to give acting a try.

“The scariest thing I did was deciding to leave the security of the constant two-week paycheck, my family and friends and all my business connections for something I am completely uncertain about, except for the fact that I want to do it more than anything else,” he told The Oklahoman.

Of course, everything paid off in the end!

6. He Gave A Rolling Stones Member A VIP Tour On Set

For his cover story with ion Oklahoma Magazine, Linn spoke about how he volunteered to do set tours when he was filming CSI: Miami. One day, he got a call for a VIP tour, and that VIP turned out to be Ronnie Wood of the Rolling Stones.

“Ron Wood jumped out and yelled ‘Frank Tripp!’ He got closer to Linn and said, ‘You’re taller than I thought,'” ion Oklahoma Magazine writes.

The tour went well, and Wood later invited Linn to come to the Rolling Stones’ concert that evening. Unfortunately, Linn was going to be filming that night, so he couldn’t come. But he’ll still always have the memory of the time he took Wood on a personal tour.

There you have it folks, those are just a few facts about McEntire’s boyfriend, actor Rex Linn. We hope you enjoyed learning more about him!