6 Of The Most Intoxicating Country Songs About Wine

By Miranda Raye on January 13, 2022
Advertisement 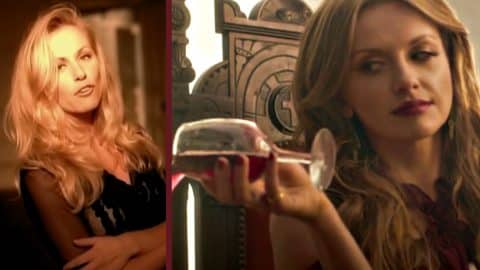 When country fans think of songs about adult beverages, they likely think of beer or whiskey first. After all, songs like “There’s a Tear in My Beer” and “Tennessee Whiskey” are some of the most popular songs in the genre’s history.

But we bet y’all never realized there are just as many country songs out there about wine. We’ve gathered six of the most intoxicating tunes to feature in this list…so keep scrolling to check them out!

“Yesterday’s Wine” has a long history behind it. The song was written by Willie Nelson, and it served as the title track of his 1971 album.

Nelson’s original recording of “Yesterday’s Wine” reached the 62nd spot on the Billboard Hot Country Songs chart. Over a decade later, the song experienced even greater success when two other country legends sang it together.

Carly Pearce released “Hide the Wine” in late 2017. It was the followup to her breakthrough debut single, “Every Little Thing.”

Ashley Gorley, Luke Laird and Hillary Lindsey wrote “Hide the Wine.” While “Every Little Thing” is more emotional in tone, “Hide the Wine” has a fun and flirty vibe. The song has Pearce singing how she “better hide the wine” in her house when a former flame comes calling.

Like “Every Little Thing” before it, “Hide the Wine” was a smash success. It reached the 21st spot on the Hot Country Songs chart and the 13th spot on the Country Airplay chart. It has since been certified gold by the RIAA.

Sangria is a drink made with wine, and it’s also the name of a Blake Shelton song!

Shelton released “Sangria” in 2015 as the third single off of his album Bringing Back the Sunshine. The track was written by J. T. Harding, Josh Osborne, and Trevor Rosen.

“Sangria” reached the #1 spot on the Country Airplay chart and peaked at the #3 position on the Hot Country Songs chart. The music video was also incredibly popular, and was nominated for two CMT Music Awards. It has since generated nearly 51 million views on YouTube.

“Dust on the Bottle”

David Lee Murphy released “Dust on the Bottle” in 1995. He wrote the track, which opens with him picking up a bottle of homemade wine to impress his date.

The man who made the wine tells Murphy he has just the right thing in mind, and hands him an old bottle. He tells him that even though there’s some “dust on the bottle,” the wine’s age actually makes it “sweeter” and better.

Murphy takes the wine to his date, and she likes it. As he continues singing, he reveals that the two of them have been together for a long time now. He says, “Some say good love, well, it’s like a fine wine. It keeps getting better as the days go by.”

“Dust on the Bottle” reached the #1 spot on the Hot Country Songs chart, and was one of the biggest country hits of the 90s.

Emmylou Harris released her recording of “Two More Bottles of Wine” in 1978. The song was written by Delbert McClinton, and was featured on Harris’ album Quarter Moon in a Ten Cent Town.

“Two More Bottles of Wine” reached the #1 spot on the Hot Country Songs chart following its release. It was the third #1 single of Harris’ career.

The song has since been covered by a number of other artists, including Martina McBride, Sheryl Crow, and Terri Clark.

Matraca Berg and Gary Harrison wrote the tune, which has Carter reflecting on the summer when she was 17. She remembers the boy she loved and the strawberry wine they drank together under “the hot July moon.”

“Strawberry Wine” reached the #1 spot on the Hot Country Songs chart. It also crossed over to claim the 65th slot on the all-genre Billboard Hot 100.

In honor of its 25th birthday in 2021, Carter released an updated rendition of “Strawberry Wine.” The new recording features Lauren Alaina, Ashley McBryde, Martina McBride, Kylie Morgan, and Vince Gill. Check out the 2021 version of the song below.

Which country song about wine is your all-time favorite?