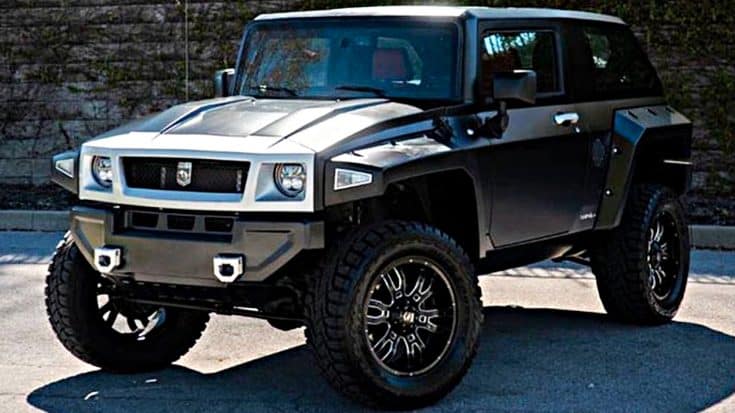 Imagine taking the 707 hp Dodge Hellcat engine and loading it onto a sturdy, off-road frame. The USSV Rhino has done exactly that, and people who have been lucky enough to take a ride have called it a “Wrangler on steroids.”

Want to escape the apocalypse in a hurry? Then here’s the 707hp Hellcat Rhino XT. Who gave the Jeep steroids? ?? https://t.co/bz8iDkq8Qk pic.twitter.com/xIAzGvwkVS

After its feature in the Fate of the Furious film, the sturdy, intense-looking ride has gotten a ton of attention. The car in the film was a prototype, and the real deal has been in development at USSV since 2015.

According to U.S. Specialty Vehicles, “The Rhino XT combines traditional aesthetics with the most updated technology to create the ultimate modern All-terrain SUV.”

The base Rhino XT comes in at just over $80,000, while the full Hellcat version will set you back well over $150,000. While these beauties cost a pretty penny, they’re well-worth it to people who want to off-road in the lap of luxury.