91-Year-Old Clint Eastwood Does Own Stunts In Upcoming Movie 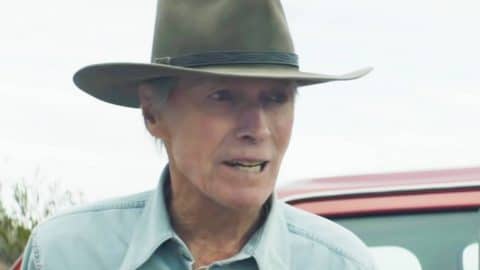 Despite his age, Eastwood has managed to release about one film per year since 2008. Lately, he’s done more directing than acting, but he will be doing both in his next project. The last time he starred in a movie was 2018’s The Mule, and before that was 2012’s Trouble With The Curve and Gran Torino in 2008.

Eastwood’s next project, titled Cry Macho, will follow Eastwood as “a onetime rodeo star and washed-up horse breeder who, in 1978, takes a job from an ex-boss to bring the man’s young son home and away from his alcoholic mom.”

Cry Macho is based on a novel of the same name that was written by N. Richard Nash, who wrote the script along with Nick Schenk.

Filming began in November 2020 and wrapped just before Christmas. The legendary actor-director doesn’t always star in his own films. The majority of his latest works have been solely behind the camera including Richard Jewell, Sully, and American Sniper.

Country singer and actor Dwight Yoakman will also star in the movie alongside Eduardo Minett, who will make his film debut. Eastwood has shown an inclination for finding new talent in the film industry, and Eduardo Minett is the icon’s latest discovery. The young actor will play opposite Eastwood, and the plot will follow the pair’s challenging journey and fight for redemption.

In the film, Eastwood’s character rides a horse and even throws a punch! He admits, “[The punch] might not be as good as I’ve thrown in the past but it was fun to do it.”

And while he has ridden horses for roles in the past, he hasn’t done so since’s 1992 Unforgiven.

Decades later, at 90 years old, the legendary actor/director got back on a horse to film scenes for Cry Macho, and it worried the horse wrangler like no other.

Of the experience, he said, “The wrangler was worried. She was saying, ‘Be careful, be careful now.’ She was scared I’d end up on my rear end. But if you treat the horse like a buddy, he’ll take care of you.”

It’s clear that age is just a number to Clint Eastwood! Watch the trailer for Cry Macho below.