A Ban On Beer?! FIFA Says No Booze At World Cup Stadiums

By Manly Bryant on November 18, 2022
Advertisement 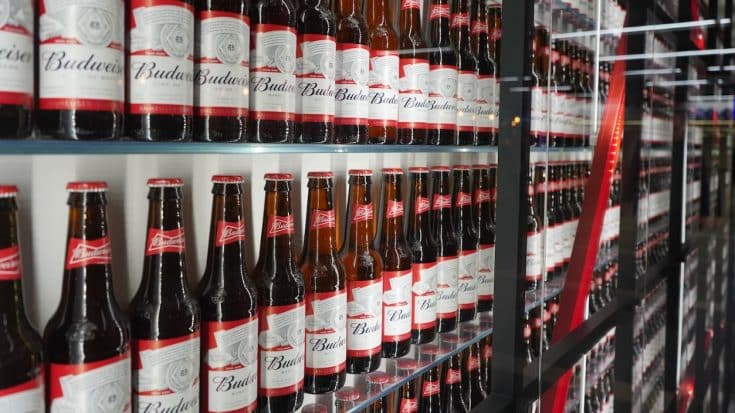 Just 48 hours before the start of the World Cup finals in Qatar, the royals of the country have decided to ban all sales of alcohol anywhere near the eight World Cup stadiums.

The sudden change of plans is said to have happened because the royal hosts are concerned that the local fans will be made to feel uncomfortable being surrounded by drunk foreign fans.

According to the FIFA Media, a FIFA Spokesperson said, “Following discussion between host country authorities and FIFA, a decision has been made to focus the sale of alcoholic beverages on the FIFA Fan Festival, other fan destinations and licensed venues, removing sale points of beer from Qatar’s FIFA World Cup 2022 stadium perimeters,” FIFA announced in a statement on Friday.

Qatar, a strictly Muslim country in the Persian Gulf strictly prohibits the sale of alcohol and it’s only allowed to be sold in high-end restaurants and hotels.

Even though the hosts of the World Cup 2022 have previously promised to relax their laws and allow small quantities of Budweiser to be sold three hours before kick-offs in designated fan zones outside stadiums, this will not be the case anymore.

The official fan guide previously said, “Where the FIFA World Cup stadiums are concerned, ticket holders will have access to Budweiser, Budweiser Zero, and Coca-Cola products within the stadium perimeter at the Brand Activation Areas three hours prior to kick-off when the gates open and one hour after the final whistle.”

At the time, the guide also assured fans they could drink in fan zones for up to four hours before Sunday’s opening match between Qatar and Ecuador started.

Beer will now only be sold in Al Bidda Park which is around six miles from the nearest stadium in the center of Doha at the official Fan Festival site.

The sudden change of plans is now causing FIFA to get worried because Budweiser has a $75 million sponsorship agreement with them and the beer company can take legal action against them if they wish.

According to Evening Standard, Budweiser wrote in a now-deleted tweet, “Well, this is awkward…”