By Miranda Raye on November 9, 2020
Advertisement 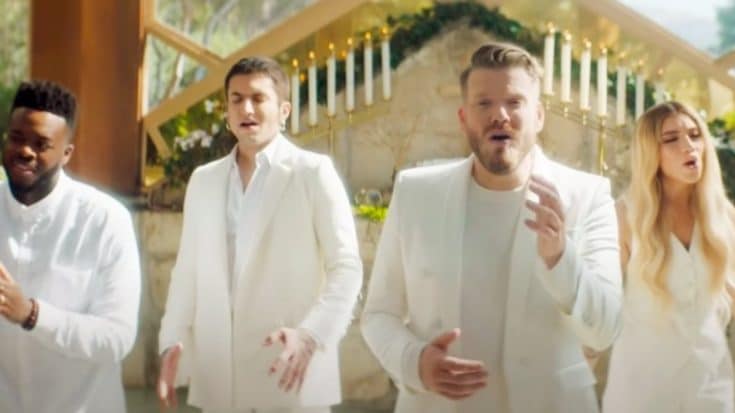 Pentatonix is known for taking popular songs and turning them into something entirely new. Since Pentatonix is an cappella group, they almost always perform without the use of any instruments.

Through the years they’ve covered popular songs such as “Shallow,” “Hallelujah,” and “Bohemian Rhapsody.” They have earned a total of three Grammy Awards, including one for Best Country Duo/Group Performance for their reworked version of “Jolene” with Dolly Parton.

Then you have their holiday performances. Out of their Top 10 most-viewed videos on the Pentatonix YouTube channel, four are Christmas-themed. In fact, their #1 most-viewed video is their cover of “Hallelujah,” which appeared on their 2016 album A Pentatonix Christmas.

Other Christmas songs that Pentatonix has covered include “The Little Drummer Boy,” “Carol of the Bells,” “Joy to the World,” and “Mary, Did You Know?”

The last time Pentatonix released a Christmas album was in 2018 when they dropped Christmas Is Here! Though they did share a compilation album of Christmas songs in 2019 titled The Best of Pentatonix Christmas.

Now, the a cappella group has a new Christmas record for fans to enjoy. Its title is We Need a Little Christmas.

The group released the album’s first single in advance, and its their rendition of the centuries-old hymn “Amazing Grace.” There is also a video to accompany their performance, which you can watch below.

Once again, keep in mind that Pentatonix delivered this performance a cappella. That means every sound you hear was created by their voices. It’s pretty hard to believe when you listen closely that not one instrument was used.

Pentatonix has blown us away once more. Their rendition of “Amazing Grace” is a true piece of art.