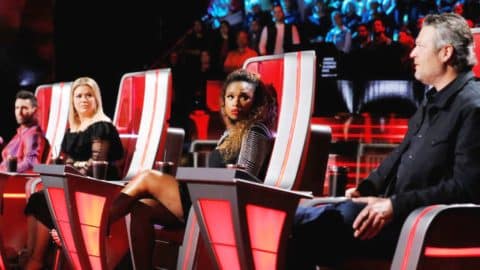 The Most Noticeable Changes Have Been In Coaches

For the most part, The Voice has remained pretty true to the format it started with when its first season kicked off in 2011. But there have been a few changes, some big and some small, some loved and some not-so-loved.

Off course, one of the biggest change to take place every season is a change in the coaching lineup. While Adam Levine and Blake Shelton have been the permanent fixtures, the other seats have seen everyone from Shakira, to Usher, to Gwen Stefani fill them.

For the upcoming season in the spring, John Legend will be replacing coach Jennifer Hudson, with Kelly Clarkson also joining the lineup for her third season.

#TheVoice gets even more LEGENDARY this February on @nbc. ✌️🎤🎶 Are you crushing on these Coaches?

Other than changes in coaches, The Voice occasionally makes changes to the structure of the show. Some changes, like the Knockout Rounds and the Instant Save during live results shows, have been welcomed by fans and have become staple parts of the show.

But there have been a few changes that viewers haven’t been as willing to adopt. During season 14, many fans caused an uproar over the addition of a new “block” button that allows a coach to block another coach from getting a contestant during a blind audition.

Many fans despised the new addition, saying that it was unfair to contestants who may have their hearts set on a certain coach.

Not a fan of the new block button on @NBCTheVoice. Seems unfair to the artist if the coach they really want is blocked. 🤨

Another change that caused a bit of backlash was the addition of the Comeback Stage segment in Season 15.

This online portion of the show had its first “fifth coach,” country star Kelsea Ballerini, coaching contestants who didn’t get a chair to turn in the blinds. In the end, the two top artists competed in an Instant Save and America voted to place one of the two contestants in the Top 13.

Once again, fans thought this new addition was unfair to contestants, particularly the ones who had competed on the show up to that point. They felt that the comeback artist hadn’t “earned” a place in the competition, unlike the other contestants who didn’t go through that process.

A Change Takes Place Across The Pond – Makes Its Way To U.S.

Now, another change is making its way to The Voice in Season 16, and it could alter the show as we know it forever.

This change was confirmed by Country Living after fans took note about a trio blind audition performance that recently took place on The Voice UK. Prior to the debut of its most recent season, the show announced that for the first time ever, it would be allowing auditions from trios. Previously only solo and duo acts were allowed to participate.

The UK isn’t the first to adopt the trio model though. Other countries’ versions of the show have allowed trios to participate in the blinds for some time now.

Hudson, who also serves as a coach on the UK version of the show, had nothing but positive things to say about the trio change.

“It’s kind of cool for us because you don’t know if you’re hearing one voice, two voices or three voices,” she said while speaking to Express. “So it keeps it suspenseful for us. Like, what are we listening to?”

When Will We See This Happen In The U.S.?

In case you hadn’t caught on yet, the U.S. version of The Voice is confirmed by Country Living to be adopting the same change for its upcoming spring season.

Just like its sister show across the pond, the U.S. Voice previously only allowed solo artists and duos to compete in the blinds. Now that trios are being thrown into the mix, things could get interesting.

If you want to see how a trio blind audition could play out, tune in to the clip below to watch one from The Voice UK. The trio change has the potential to shake things up both there and in the U.S.

What do y’all think about this change to the upcoming season? Are you for it, or against it?