By Manly Bryant on October 15, 2018
Advertisement 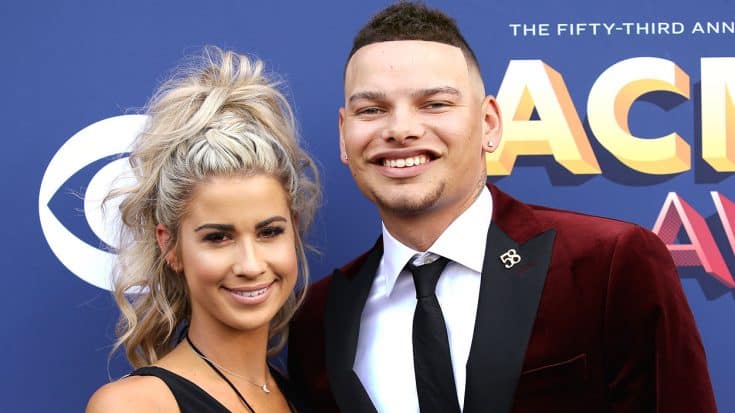 It may seem like a quick moving relationship but to singer Kane Brown and now wife, Katelyn Jae they just knew they were meant for each other. Their love story began when the two met at one of his shows back in 2015. Brown wasted no time making his move on Katelyn Jae and the rest is history. Out of incredible respect for his fans, the “Heaven” singer took to social media to announce their relationship.

I know a lot has been going good for me this past year, but being away from my family and friends it's been tough….

Brown and Katelyn Jae had been together 18 months before officially tieing the knot. The spring engagement went down in a rather-rare fashion. The singer popped the question while the couple was watching a film together. Brown admitted to PEOPLE that he simply “just couldn’t wait” for the next day when he originally had it planned. Regardless of the circumstances, his sweet girlfriend was head over heels in excitement.

I need to stop watching chick flicks cause it’s making me miss u extra tonight ?

On Friday night (Oct. 12) the flawless duo had their dream wedding. Taking place at Mint Springs Farm in Franklin, Tennessee, not a single detail has gone unnoticed. According to PEOPLE, the venue had the setting of an enchanted forest. With only 200 people in attendance, the intimate ceremony included Jae’s two brothers, Brown’s bandmate Alex Anthony, and singer-songwriter Taylor Phillips in the wedding party.

The couple exchanged their vows through love letters they had written to each other. Brown rocked a dark velvet Lanvin suit while his beautiful bride stunned with a lace white gown. Married their pastor, the young couple became husband and wife. As far as the reception, we know the menu included options such as salmon and barbecue chicken.

Following the wedding, the couple both took to their Instagrams with the same photo captioned “Kb2.”

Congratulations to this beautiful couple! We’re wishing them many years of happiness.