By Jennifer Pernicano on January 28, 2022
Advertisement 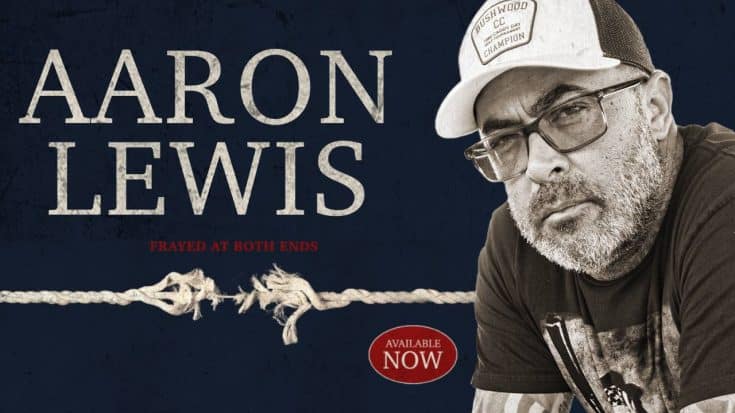 In October 28, 2021, Aaron Lewis announced a new album titled Frayed At Both Ends, which was set for a January 28 release.

One of the first songs released from the album was the patriotic anthem “Am I The Only One,” which he performed in July 2021 at the Country Rebel Ranch. The song actually spent the 4th of July at the number one spot on the iTunes all-genre chart. It also became the ninth song since 1958 to debut at number one on the Billboard Hot Country Songs chart.

The track “They Call Me Doc” features guest vocals from the CreatiVets, Tyminiski, and Vince Gill, which was actually released in April 2021. According to the YouTube description, the song “was written through the CreatiVets songwriting program with US Navy Veteran, Shaun Bott. Shaun, a Navy corpsman (medic), was deployed during Operation Iraqi Freedom and provided medical support for US Marine convoy operations. His song pays tribute to all ‘Doc’s’ that have served in each war, the hardships they have had to endure and the lives they have saved.”