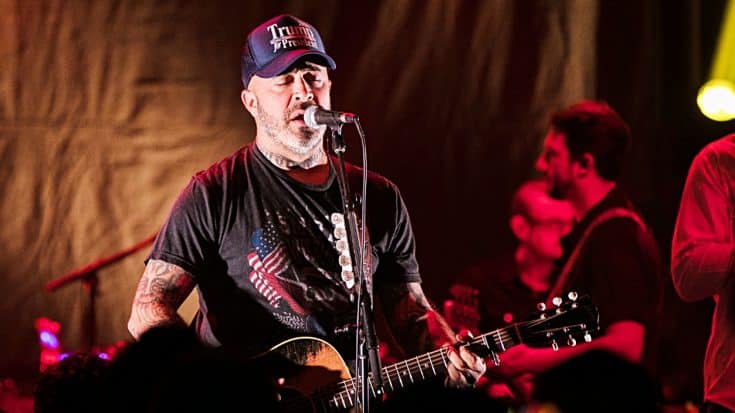 Closing out his album-supporting Sinner tour, this former rock singer who returned to his country roots is giving fans what they’ve been begging for – more music!

Aaron Lewis was born and bred a country boy. His music exposes the real, raw truth of his life experiences and to give fans an even deeper look with this stripped-down tour he just announced.

But he didn’t just stop at a tour announcement – he’s got a full studio album coming, too!

The State I’m In isn’t just the name of his album, it’s also the name of his tour that features more than 20 dates across the country. And this tour holds a heavy focus on acoustic sounds and performances that echo the stripped-down nature of his music.

“My music is very first-person, very autobiographical,” he explained in a press release. “It’s from my life experiences that I draw inspiration for my songs. This acoustic tour gives me the opportunity to share the stories behind my songs with my fans and play them stripped down like I wrote them.”

Tickets for Lewis’ highly-anticipated tour go on sale starting December 7th, 2018 and can be purchased at his official website.

But when you pick up a pair of tickets to any of Aaron Lewis’ new tour, you’ll also receive a physical copy of his brand-new album that debuts in 2019.

Check out all of his tour dates below and let us know if we’ll see you at one of his concerts next year!

Tickets and VIP for Aaron’s The State I’m In Tour are available now. Get yours at https://t.co/lAXLECEaJB pic.twitter.com/EleV79M3NF

Be sure to get your tickets quick as Aaron’s shows often sell out fast! Click here to purchase yours – and watch him perform his hit song “That Ain’t Country” in an acoustic session below.