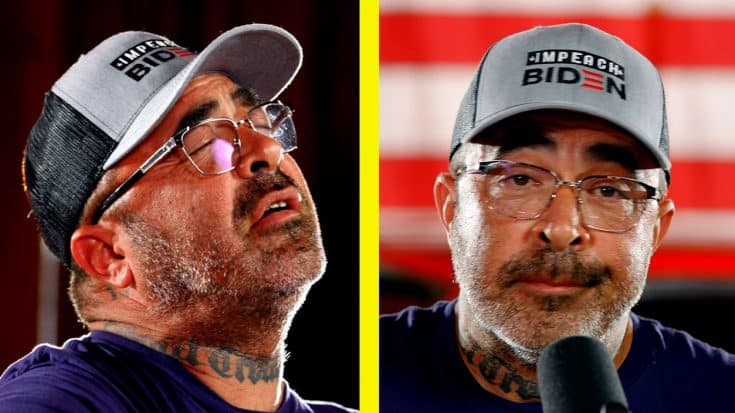 Listen to “Am I The Only One” here: https://AaronLewis.lnk.to/AmITheOnlyOneCR

Get an exclusive “Am I The Only One” t-shirt here: https://AaronLewis.lnk.to/AITOO_merchCR

Country artist Aaron Lewis, the former lead singer of the rock band Staind, has one of the hottest songs circulating on the country charts right now.

Titled “Am I the Only One,” Lewis’ patriotic anthem contains incredibly powerful lyrics that address what is going on in the United States.

Lewis released a studio recording of “Am I the Only One” as well as a lyric video in early July making it his first solo release of 2021. The thought-provoking acoustic ballad became the ninth song ever to debut at No. 1 on the Billboard Hot Country Songs chart.

The song touches on American flags burning and statues that have been removed throughout the country. Lewis essentially asks the question if there are others who stand for the same American values that he stands for.

“I’m not the only one, willin’ to fight / For my love of the red and white / And the blue, burnin’ on the ground / Another statue comin’ down in a town near you,” he sings in the chorus. As the song continues, the lyrics change to, “I’m not the only one.”

As the song goes from a surprise single to a cultural phenomenon fans can show their support by getting an exclusive “Am I The Only One” t-shirt here.

Lewis stopped by the Country Rebel headquarters in Ashland City, Tennessee to perform his new hit song. Watch his performance in the video below!