By Manly Bryant on February 26, 2019
Advertisement 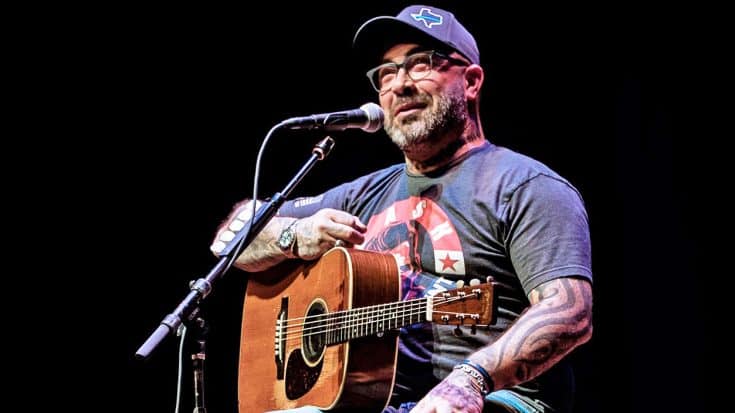 Country music outlaw, Aaron Lewis continues to bring back the traditional sound to the genre in one of his latest songs, “It Keeps On Workin’.”

Lewis kicked his foot through the country music door back in 2011 with his EP Town Line after channeling his roots. Since then, he has gone on to produce a couple studio albums – treating fans to his country sound. In 2016, his album Sinner had tremendous success following its release. Sinner debuted at No. 1 on the Top Country Albums charts and has sold over 146,000 copies in the U.S. alone.

Listen to the new album on Google Play Music! http://smarturl.it/8qaj4h

After a couple years, Lewis is back in action with his brand-new album State I’m In. Released April 12, the album features six written songs by Lewis himself. Featuring cuts from talented songwriters including Dan Tyminski and late Keith Whitley, the album tells the story Lewis has waited to reveal.

The outlaw artist headed out on tour in March and will go strong until September, where you can hear his latest album in full throttle along with past favorites.

It Keeps On Workin’

On Feb. 21, Lewis released a track titled, “It Keeps On Workin’.” With a grungy guitar intro, Lewis leads into the first verse.

Lewis begins to tell the story of the world he grew up in versus the way it is now – especially with country music. As he moves into the second verse, he points out just how he feels toward modern country.

You can stream or order the album, State I’m In now. Check it out here.

Listen to Aaron Lewis’ honest song, “It Keeps On Workin'” below.