By Manly Bryant on December 21, 2018
Advertisement 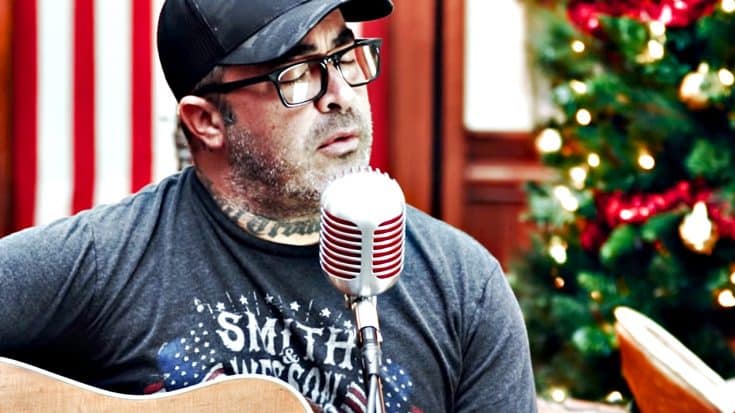 During an intimate acoustic performance, Aaron Lewis delivers a divine rendition of “Silent Night” that will have you begging for more.

Having a rock and roll background, Aaron Lewis’ cross-over into the country music world was pleasantly unexpected. With emotionally saturated songs like “Folded Flag,” Lewis has created something nobody else can.

Getting Ready For A New Tour

As the new year approaches, he announced that he will be going on tour – performing a variety of “acoustic songs and stories” for his fans. The State I’m In Tour kicks off  January 24 in Dallas, TX and will end on April 6 in Manistee, MI.

Tickets and VIP for Aaron’s The State I’m In Tour are available now. Get yours at aaronlewismusic.com

Time For The Holidays

While Aaron has been busy getting ready for his big tour, he made some time to stop by the Country Rebel Headquarters and give an intimate and tender performance of the Christmas classic, “Silent Night.”

The Austrian carol dates back to 1818 and over the past 200 years, it has been translated into over a hundred different languages. Its lyrics and chords have been able to weave an international connection and bring families and complete strangers together for the holidays. With that sort of power, it is a song deserving of a powerful voice like Aaron’s. You can watch his beautiful video below and let us know what you think in the comments.