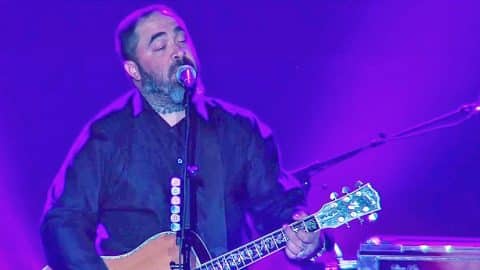 Out of all 11 tracks on Aaron Lewis‘ second solo album Sinner, only two were not written or co-written by Lewis. The songs may vary in style and subject, but all showcase the depth of Lewis’ songwriting talent.

One song on Sinner that best illustrates Lewis’ songwriting skills is the seventh track, titled “Lost and Lonely.” Lewis served as the sole songwriter on the track, which portrays the feelings of a man who has made his fair share of mistakes in the past.

In the end, the man simply needs someone to love him. He knows that he can be “a hard one to handle,” but when it comes down to it he just wants to return home to the woman he loves.

The feelings that Lewis explores in “Lost and Lonely” are ones that anyone can connect with. We all have our moments when we feel lost and as if our lives are spiraling out of control. But the things that always manages to keep us grounded are thoughts of our loved ones waiting for us back home.

It’s clear that “Lost and Lonely” wasn’t the only track on Sinner that fans were able to connect to.

The album debuted at the number one spot on the Top Country Albums chart immediately following its release. It also crossed over to claim the fourth spot on the Billboard 200.

A week after Sinner‘s release, Lewis uploaded a video to his official YouTube channel of one of his live performances of “Lost and Lonely.” With nothing but his own acoustic guitar to back him up, Lewis’ raw performance gave the song a great sense of power.

If you haven’t had the chance to watch Lewis perform live yet, this clip will have you chasing down tickets to his next show!