By Jennifer Pernicano on June 21, 2018
Advertisement 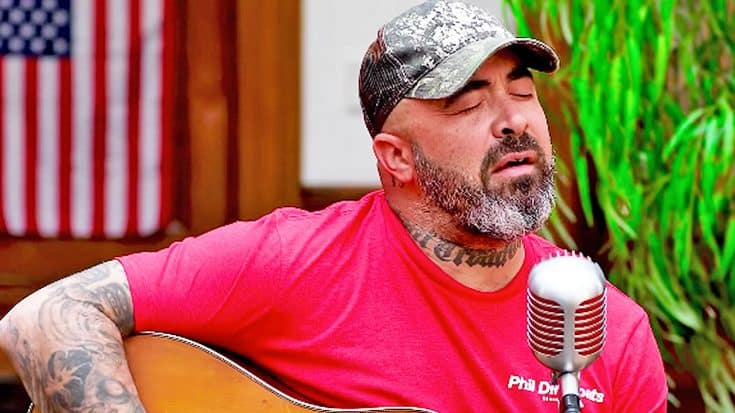 Sometimes you hear songs that immediately take you back to where you were when you first heard them. This is one of them.

Loyal To His Roots

Aaron Lewis was previously the frontman for the rock band Staind, but now plays country music – and like many country singers, he doesn’t forget his roots. The “Folded Flag” singer stopped by the Country Rebel Headquarters to give an acoustic performance of a few songs, and one of those was “It’s Been Awhile,” a song that has been in his catalog of material since the new millennium.

“It’s Been Awhile” was released in March 2001 as the rock band’s lead single from their album Break the Cycle. It became their only song to reach the top ten on the Billboard Hot 100, peaking at number five. It reached the top of the Hot Mainstream Rock Tracks chart and held it for 20 weeks, and stayed at number one of the Hot Modern Rock Tracks charts for a record 16 weeks.

While the Staind version is considered a ballad, it still is very much a rock song – but this acoustic version Lewis debuted is much more mellow. He lets you into the real emotion of the song, something he once called, “an acknowledgment of the past.”

Hearing him perform this song completely takes us back to the early 2000s, blasting the song and singing it at the top of our lungs with our friends in the car. Do you have any fond memories of “It’s Been Awhile”? Let us know in the comments.

To see more awesome videos like this one, make sure you subscribe to our YouTube channel here. Make sure to hit play on the video below.