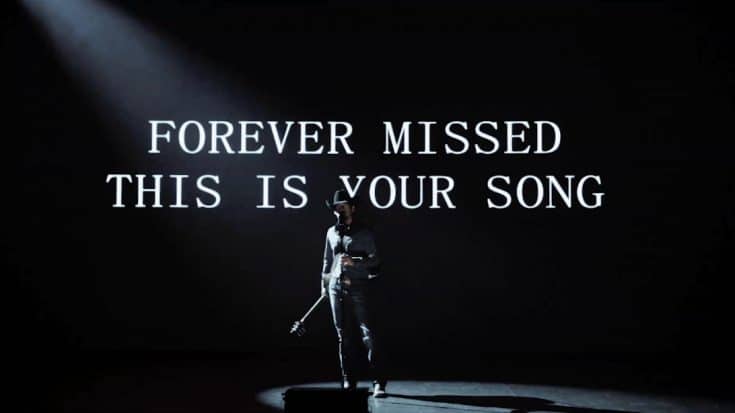 Two years ago, more than 500 people were injured and 58 killed when a gunman opened fire during the Route 91 Festival in Las Vegas.

Country singer Jason Aldean was performing when shots rang out. Numerous other country acts had shared the stage, or were preparing to take the stage, at the country music festival. Eric Church, Sam Hunt, Maren Morris, and Jake Owen are just a few of the artists who participated in the festival in 2017. So, it’s no surprise that the tragedy shook country music artists and fans to the core.

In the two years since, the country music family has commemorated the event by honoring the victims through social media posts and song.

This will always be a tough day for us. Not a day goes by that we don’t think about our @route91harvest family. ??

Perhaps one of the most poignant tributes was released Tuesday morning (October 1), by Aaron Watson. The Texas-born singer wrote and recorded a simple, 58-second song dedicated to the 58 people who lost their lives during the Route 91 shooting. Watson shared the song and video on social media, saying:

“Two years ago today, 58 people lost their lives at the Route 91 festival in Las Vegas. I wrote a simple song that’s 58 seconds long to honor them. For all of you who lost loved ones or were affected by this horrible tragedy in any way… we want you to know that we haven’t forgotten your pain. We love you and we continue to keep you in our prayers.”

In the video, Watson, dressed in black with his guitar strapped to his back, makes his way to a lone microphone perched on a dark stage. He begins to sing chilling lyrics set to a haunting tune that will forever serve as a reminder of the tragic day in 2017 that changed country music forever.

58 lost their lives.
Mothers and fathers, husbands and wives.
58, every daughter and son,
Left a long trail of tears along 91.
58 got wings way too soon.
Waltzing across the stars and the moon.
58 angels singing along.
Forever missed. This is your song.