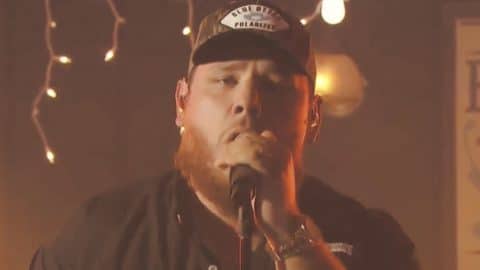 For the very first time in its existence, the ACM Awards is being held in Nashville, Tennessee. The show has been held in Las Vegas since 2003, with the exception of the 2015 show, which took place at AT&T Stadium in Arlington, Texas. Prior to 2003, the show was consistently held in Los Angeles.

The ACM Awards was supposed to take place in April 2020 in Las Vegas, but due to the coronavirus pandemic was rescheduled to Wednesday, September 16 and were held at the Grand Ole Opry House, the Ryman Auditorium, and the Bluebird Cafe.

One of the performances at the historic Bluebird Cafe was from Luke Combs, who was up for several awards.

Accompanied by just a keyboard, Combs performed to an empty Bluebird Cafe, which was quite eerie. His vocals rang out in the iconic venue, garnering praise from social media immediately.

if @lukecombs can just keep writing songs for his wife and dropping them for us… that’d be great. #ACMAwards pic.twitter.com/M0vvdl5hQ7

.@lukecombs performing #BetterTogether from the @BluebirdCafeTN gave us All. The. Feels. ❤️ There are still plenty more performances still to come on @CBS or @CBSAllAccess! pic.twitter.com/H962P10Byu