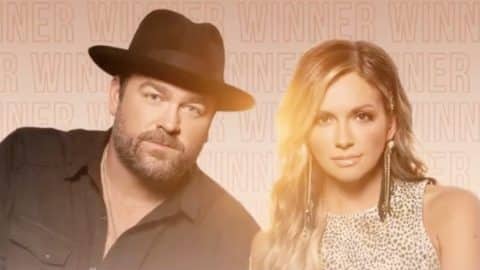 The 56th Annual ACM Awards have been jam-packed with a record-breaking number of performances.

Taking place at the Ryman Auditorium, The Grand Ole Opry, and the historic Bluebird Cafe, the ACM Awards have delivered yet another seamless awards show.

While we love all the incredible performances, it is a show to give out awards! One of the awards given out is Single of the Year. Recent recipients of this award include “Tequila” but Dan + Shay, “Body Like A Backroad,” by Sam Hunt, “H.O.L.Y.” by Florida Georgia Line, and “Die A Happy Man,” by Thomas Rhett.

This year’s “Single of the Year” nominees are as follows:

“More Hearts Than Mine” – Ingrid Andress

Martina McBride walked on stage and revealed that “I Hope You’re Happy Now” would be taking home the award.

Written by Pearce, Luke Combs, Randy Montana, and Jonathan Singleton, it was clearly a hit from the very get-go…but the transcendent harmonies of Pearce and Brice really sealed the deal.

The song struck the number one chart position in the United States and abroad while taking home number six on Billboard’s US Country Airplay Year-End chart for 2020. That same year, Pearce and Brice were set to take the stage at the CMA Awards and perform the hit for the first time since the pandemic started. Unfortunately, Brice had contracted COVID before the show. Luckily, the immensely talented Charles Kelley stepped in to take his place for that performance and it went off perfectly!

Pearce and Brice already took home and ACM Award for Music Event of the Year for this song. Congratulations to Carly Pearce and Lee Brice!