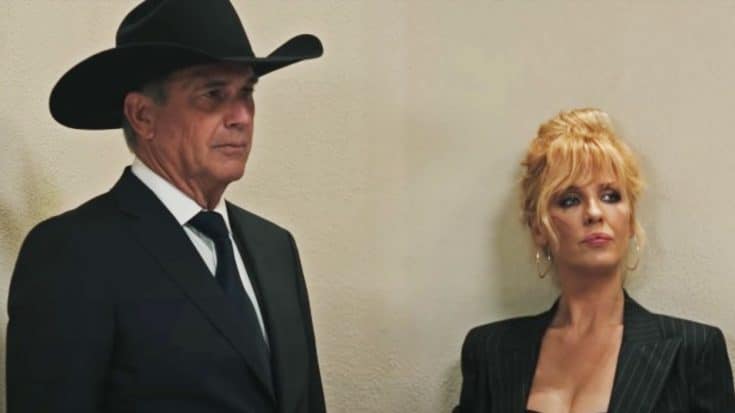 The Yellowstone cast is back in Montana and production is underway for Season 5. It was recently announced that the new season will debut on Sunday, November 13.

Season 5 will be bigger than any other. It will contain a total of 14 episodes, which will be separated into two halves of seven episodes each.

While fans are excited to see what Season 5 has in store, the cast is just as excited to be back on the Dutton ranch.

Denim Richards, who plays Colby, shared a photo a week ago showing he was at the Dutton ranch. “Back in the saddle. Literally,” he captioned the snapshot.

Cole Hauser, who plays Rip Wheeler, followed up a few days later with a photo of his own.

He shared a picture of the mountains and said, “Hey old friend… missed ya!”

Kelly Reilly, the actress who plays Beth Dutton, was also happy to see the mountains of Montana again.

Reilly took to Instagram to post a gorgeous photo showing the mountains in the distance. She also shared how much she is looking forward to filming Season 5 of Yellowstone.

“Lily of the valley made it from my garden today to this beautiful valley in Montana,” she wrote. “I have missed these mountains so much , this cast and crew and of course her…“

The “her” Reilly is referring to is obviously Beth. We too have missed seeing Beth and all of the other Yellowstone characters!

Get yourself hyped for Season 5 by watching a 15-minute recap of Season 4 below. And head here to see the photo Reilly posted showcasing her return to the ranch.