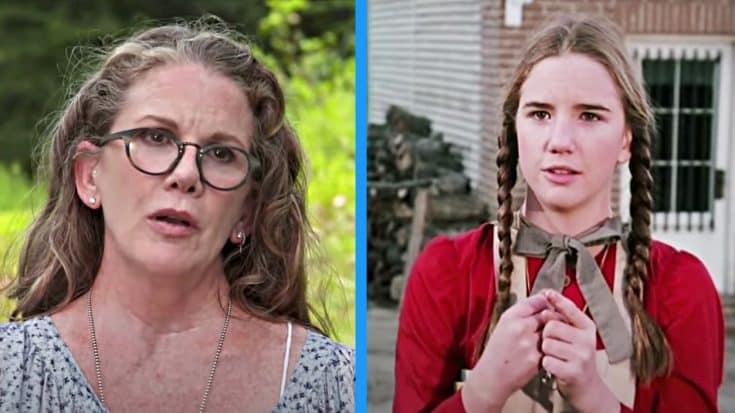 Melissa Gilbert captured the heart of a nation through her portrayal of Laura Ingalls Wilder on Little House On The Prairie. Today, the 56-year-old actress spends her days at her home in Sullivan County, New York.

When reminiscing about the show during CBS Sunday Morning, Gilbert states, “It was like a really great summer camp, but I also got to play the ultimate game of dress up, and be in those fantastic clothes, and the button-up boots.”

The show’s popularity has been spiking in recent months, and Gilbert has an idea why the 1970s and 1980s hit is finding its place in the world today.

Gilbert tells CBS Sunday Morning, “‘Little House on the Prairie,’ then, provided people with the reminder of what we went through when we started this country, and how difficult that was, and I think we’re at that place again. If we could have done what we did in the 1800s, in the 1970s, we can do this. The keys are gonna be compassion, community, faith (whatever that faith looks like), love – that’s it. That’s all that matters.”

Now a mother and a grandmother, Gilbert believes the show made her into the woman she is today. “I absorbed so much without even realizing what I was learning – really important life lessons about family, community, tolerance,” Gilbert said.