Adam Levine Leaving ‘The Voice’ – Who Is His Replacement? 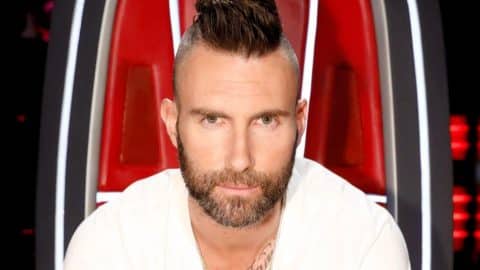 In a shocking turn of events, it was just announced that Adam Levine will not be returning to coach The Voice for its 17th season.

The news comes as a surprise since it was previously announced that all four coaches from Season 16 would return to coach Season 17 as well. Those coaches included new champion John Legend, Kelly Clarkson, Blake Shelton, and Levine.

A group of Coaches so good we need an encore. 😏✨

The news of Levine’s departure was confirmed by Voice host Carson Daly on the TODAY Show Friday morning (May 24).

“After sixteen seasons, Adam Levine, our beloved coach and friend, has decided to leave ‘The Voice.’” Daly said, going on to explain how Levine was one of the original coaches that signed on when the show started in 2011.

“He’ll always be a cherished member of the ‘Voice’ family, and of course we wish him nothing but the best,” Daly said.

The news comes after a bit of a rough season for Levine. The coach was left without any contestants for multiple weeks in Season 16 after the new fan-voted cross battles cut his team down to a small size.

It wasn’t long before those few remaining team members of his were also eliminated, leaving Levine with no contestants to coach while others still had teams.

Levine expressed his distaste for the cross battles during an interview saying, “I hated it. I hope they change it immediately, cause I think it sucks.”

With Levine gone, and a new season of The Voice coming up in just a couple of months, the show obviously needed to find someone to fill his chair, and fast. After all, the blind auditions start filming months before viewers ever get the chance to see them on air.

So does The Voice have a replacement for Levine lined up already? They do…

Daly also revealed that news during his TODAY Show segment. And it turns out that the new coach taking Levine’s spot isn’t so new to fans. She’s been on the show before, and also shares a close relationship with Shelton.

That’s right…Gwen Stefani is coming back to The Voice!

Although Stefani has never won The Voice, she has served as a coach for multiple seasons. During one of those seasons, she and Shelton struck up a friendship and ended up falling in love. The two have now been dating for several years, so they’re sure to bring some serious chemistry to the show.

You can watch Daly’s full announcement about Levine’s departure and Stefani’s return below. We’d love to hear your thoughts about this news.

We’re so sorry to see Levine leave The Voice…the show won’t be the same without him.