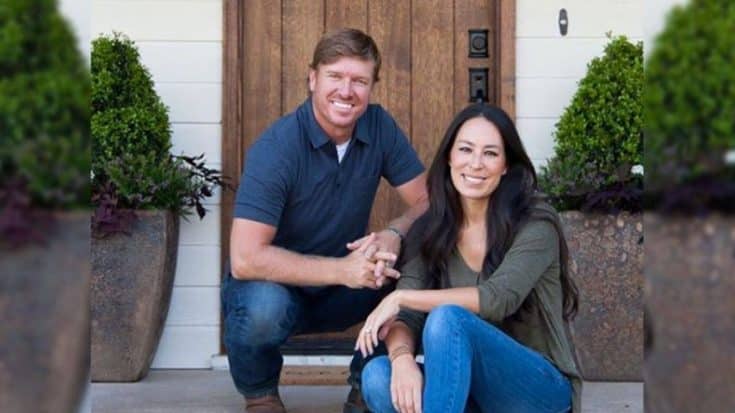 Joanna Gaines is more aware now than ever of just how quickly time passes. All she has to do is look at her children.

At one time in their lives, Chip and Joanna had four children ages four and under.

Now, the Gaines’ children, Drake, Ella Rose, Duke and Emmie Kay are 13, 11, 10 and 8 respectively. This is when parents look in the faces of their children and ask, “Where on earth did the time go?”

Gaines admits her children’s infancy went by all too quickly.

In a recent interview with KMOV, the matriarch of the Magnolia empire said she’s hoping to savor time with Crew more than she had with previous children.

“When this baby comes, there’s going to be quite a gap,” Gaines shared ahead of Crew’s birth. “I feel like those years when the kids were all young, it was so foggy…at one point I had four kids [age] four and under, and I just remember it was like tag-team wrestling. Chip and I were trying to figure out how to do this with four kids so young.

Based upon the photos shared by the Gaines’ family, they’re doing everything they can to soak up every moment with the newcomer to their family.

Sibling rivalry is non-apparent, or so it seems. The only contention is who gets to snuggle with baby Crew and for how long.

In another recent photo, Joanna shared an image of both daughters, Ellie Kay and Emma Rose, lovingly adoring their new little brother. No doubt there’s never a danger of baby Crew lacking an abundance of love and cuddles.

“My kids are so excited about [our newest member of the family], but [I want] to slow it down a bit.”

Enough Love To Go Around

If snuggle time and long lingering walks around the property will help stretch out the moments, you’ll be seeing a lot more of these photos. There’s more than enough love to go around.

Take a look at the video below and you’ll learn more about how Chip and Joanna first met, their dreams as parents and more!

What do you think of the new photo shared by Joanna? Do you have children and/or grandchildren? Does it seem like times passes quickly to you, also?