By Manly Bryant on December 3, 2018
Advertisement 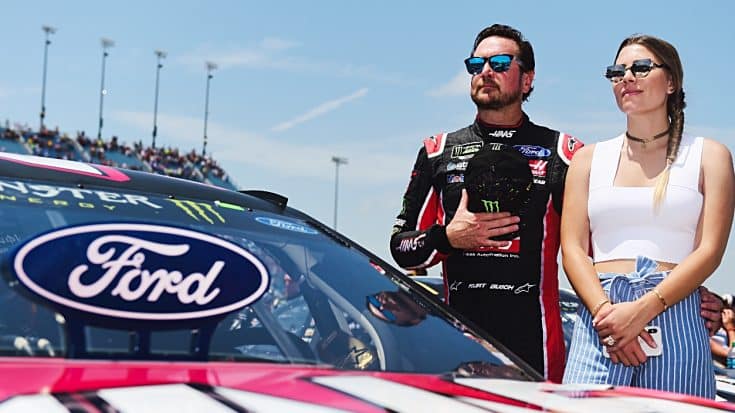 For more than half a decade, this NASCAR champion has been behind the wheel of and hitting the track with the No. 41 Ford alongside his team Stewart-Haas Racing – partially owned by Tony Stewart.

The young driver, who’s spent nearly two decades on the track and competing, also did many other things in the last five years which have led to big changes for him. For starters, he finished 1st in the 2017 Daytona 500, got married just a few months earlier, and just recently won the 2018 Bass Pro NRA Night Race at Bristol.

Over the last few months, with many shakeups happening across the industry, folks have suspected that Kurt Busch would be making a major change in his life – and it turns out they were right.

Check out the trophy @KurtBusch​ bringing home tonight. ? With his five poles this season, no one deserves the 2018 #BuschPole award more than him!

Tap the ❤️ to help us congratulate #KB41 on his accomplishment.#SHRacing10Yrs pic.twitter.com/ZGjZhVz2j4

Busch had only signed a single-year agreement with SHR for the 2018 season and many expected him to be taking his time and plotting a major move with a massive deal attached.

Just last month, Busch had hinted at his future by telling NBC Sports that he had “No announcement” but admitted, “there’s a few people in the works still that haven’t committed and we’ve got to get those things lined up.”

The 40-year-old driver then took to social media on December 3rd to confirm the inevitable.

“I would like to thank Stewart-Haas for 5 fantastic years driving the #41,” he said, in part. “I will miss everyone…unfortunately it’s not in the cards for me to stay.”

Together he and SHR revealed that Busch was walking away from the team – obviously in hopes of finding greener pastures, but neither revealed where he was going or what he was doing.

Amazing how fast five years goes by… especially when @KurtBusch is at the wheel. Your dedication and desire are hard to match. Know the next chapter of your career will be great. From all of us, thank you. pic.twitter.com/zOh1FsLkGy

Right now, everyone fully expects Busch to remain a driver in NASCAR’s Cup Series, but with the mass exodus of drivers retiring in the last two years – you never know.

What do you think of Busch’s decision to leave Stewart-Haas Racing ahead of the 2019 season? Do you think he should have stayed?  Tell us in the comments.