By Jennifer Pernicano on July 18, 2018
Advertisement 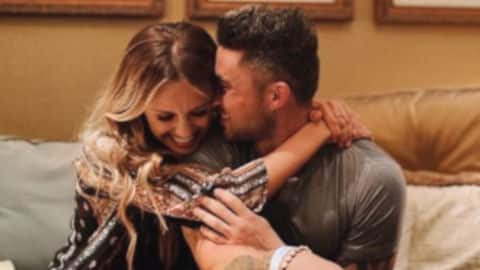 Two rising country stars have finally confirmed their relationship with a simple Instagram post after weeks of flirting on the social media app.

Carly Pearce and Michael Ray are both killing the country music game with Pearce’s singles “Every Little Thing” and “Hide The Wine,” and Ray recently dropping his second album Amos, along with the lead-off single “One That Got Away”

Not only do they have red-hot careers, but now, they also have each other. Although they just made their relationship Instagram official late Wednesday night (July 18), they have been flirting with each other for a while now, we just didn’t notice!

But if Einhorn is Finkel and Finkel is Einhorn… #lacesout ?

In a recent post of Pearce’s, Ray wrote, “Ummm.. hi,” and Pearce responded with a simple emoji, “?”

To make their relationship official, each shared the same photo of them cuddling up on a couch looking happier than ever.

“And then one random night at the Nashville Palace changed everything ❤,” Pearce wrote, and Ray’s caption looked very similar.

One random night over old classic country music at @thenashvillepalace changed everything…. ?: @rkdeeb

Comments poured in from fans, friends, and fellow country music singers sending their congratulations to the new couple.

Did you see this coming? We sure didn’t, but we love it!

Check out each of their latest singles below.