By Miranda Raye on January 9, 2019
Advertisement 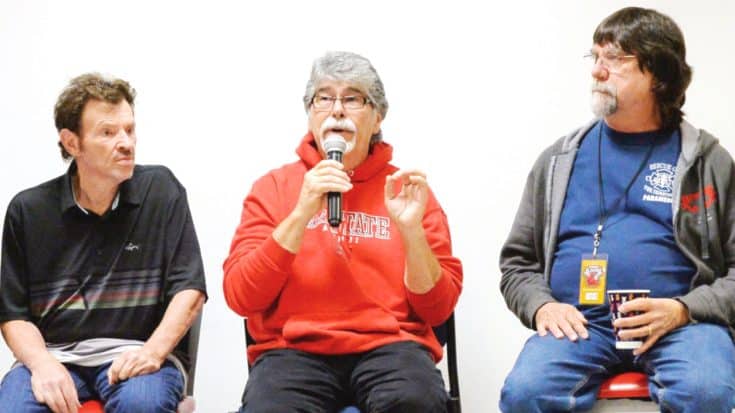 In the music world, few groups last as long as the iconic country band Alabama. Ever since they formed in 1969, the fellas have kept themselves busy touring and recording some of the greatest songs to ever grace country music.

If you do a little math, you can understand why 2019 marks a big milestone for the legendary group. It’s their 50th anniversary!

Of course, the guys want to celebrate the marker in a big way, and they want their fans to get involved. So, they announced that 2019 will be packed full of performances as part of a special 50th anniversary tour.

They also plan to bring some special friends along with them for various dates of the tour, including the Oak Ridge Boys, the Charlie Daniels Band, and Tracy Lawrence.

Pushing Back The Kickoff Shows

After taking a short break for the holidays, the group planned not to waste any time in kicking off their celebratory tour. The first show was booked for January 10 at Detroit’s Fox Theatre, with recent Opry inductee Chris Janson set to join them as their special guest.

A second show was scheduled for the following day, January 11, at the Bankers Life Fieldhouse in Indiana.

Unfortunately, fans who were looking forward to attending those shows will have to wait a little longer, as they’ve both been postponed.

Oh wow, we have tickets for Indy! ☹️

Alabama addressed the postponements on social media, writing, “We apologize for this inconvenience and appreciate your understanding.”

So Why The Postponements?

The band explained that the reason why they had to push back the concerts is because lead singer Randy Owen is experiencing what sounds like some pretty painful health issues.

As the group shared, the 69-year-old singer is currently dealing with “severe back spasms.”

As the Cleveland Clinic explains, muscle spasms are fairly common and “can occur at any time to anyone,” noting that people over the age of 65 (like Owen) are more prone to develop them.

While some muscle spasms can be minor, others, like Owens’, can bring on “severe pain.” The spasms can occur multiple times in a row before eventually fading away.

Having had back spasms before, I feel your pain. Wishing you a speedy recovery!

Although Alabama had to push back the opening shows of their tour, they assured their fans that they’re trying to make things right. “Management is quickly working to have new performance dates soon,” their post read.

Janson Addresses The Situation Too

There’s no telling if Janson will be able to make the rescheduled Detroit concert whenever it occurs. A concerned fan reached out to him about the postponement on Twitter, and he confirmed it.

“Yes sorry,” he said in response to the fan asking if the show had been moved back. “I was just invited to be w/ Alabama.”

Yes sorry . I was just invited to be w/ Alabama https://t.co/hDkpzbQkWq

While we’re sure many people are disappointed that they didn’t get to see Alabama perform, Owens’ health and comfort understandably takes priority. We hope that he gets to feeling better and that the spasms disappear soon.

Even though you have to wait just a little longer to see any new live performances from the group, go ahead and keep your hunger for live material satisfied by tuning in to the clip below. They always put on a good show!