Alan Jackson Opens Up About His Long, Lasting Marriage

By Megan Dinsdale on August 4, 2022
Advertisement 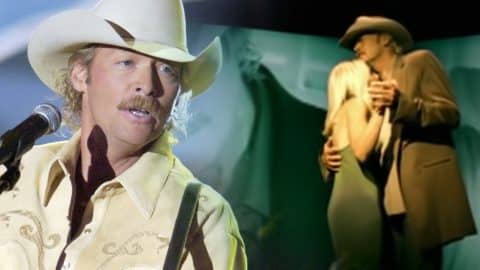 Staying married is tough in a world where divorces seem to occur left and right, but country music superstar Alan Jackson and his wife of over 40 years, Denise, are in it for the long haul.

According to Everything Nash, Jackson told his record label, “We got a lot of history together now, and we’re happier than we’ve ever been. So, she’s still beautiful, and she’s always inspired songs. I mean, one of my early hits was a song called I’d Love You All Over Again, I wrote for her for our 10th anniversary. There’s been a zillion songs that have pieces of our good days and bad days inspired, and they continue to.”

While the couple is thriving now, they actually spent a year apart in 1997. Jackson confessed to being unfaithful, and the couple decided to share their story to help others who may be struggling with the same issues in their marriages.

In addition to spending time together to keep building a solid foundation of friendship for their relationship, the pair also make a great business team. Alan says that he bounces song ideas off of Denise and takes her feedback seriously, as she’s not afraid to tell him when she feels like a song won’t be a hit.

It’s no wonder they’ve been married for over 40 years! Even through the hardships, they’ve still got a strong bond and love for one another.