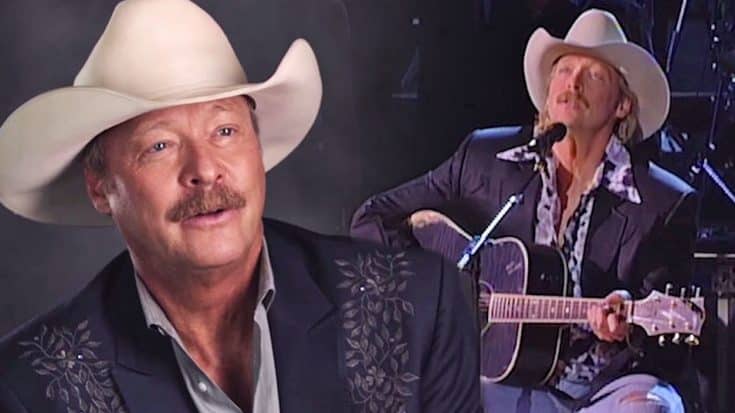 Some Time To Reflect

In 2016, the CMA Awards were celebrating a monumental achievement as they reached their 50th anniversary.

Then. Now. #ForeverCountry. Watch the 50th anniversary of the CMA Awards live on Wednesday, Nov 2 on ABC. #CMAawards50 pic.twitter.com/VcQgB59UPT

As part of their celebration, they looked back on some of the most iconic moments that have occurred on the show. One such moment took place in 2001, and it was a moment that changed the genre forever.

Two months prior to the 2001 CMA Awards, a horrific event shook the country to its core. It was an event we now know as September 11th.

We will never forget the victims, the courage of those who risked their lives to save others, and the spirit of unity and resilience that emerged after 9/11. Use #Honor911 to share your messages of remembrance, unity and resilience. https://t.co/lwKI1ND86E #911Memorial #911Museum pic.twitter.com/qfeK82t8Cv

People tried to come to terms with what happened, and country artists were no exception. Alan Jackson decided to channel the feelings of the country into a song, but once he was finished he wasn’t certain he wanted to record it.

Why? Because he didn’t want to profit from something so sad.

However, Jackson worked up the courage to debut the song publicly for the first time during the 2001 CMA Awards. That moment has since gone down in history.

The song, called “Where Were You (When the World Stopped Turning),” is considered by many as one of the greatest country songs of all time.

How The Debut Made Him Feel

15 years after September 11th, Jackson sat down to reflect on that moment as part of the CMA‘s special 50/50 series. Jackson was visibly emotional as he spoke about his performance:

“It was a nervous performance of course, doing it for the first time live in front of everybody and television. In retrospect now, I realize it was a good thing for the show and for all the people who have told me how much the song affected them.”

There’s no denying it, Jackson’s performance at the 2001 CMA Awards is one we won’t be forgetting any time soon. Tune in below to watch his emotional 50/50 interview about that moment.

We’re sure Jackson had no idea at the time how much of an impact that song would have. But here we are all of these years later, and we now know that Jackson’s song has touched many hearts.