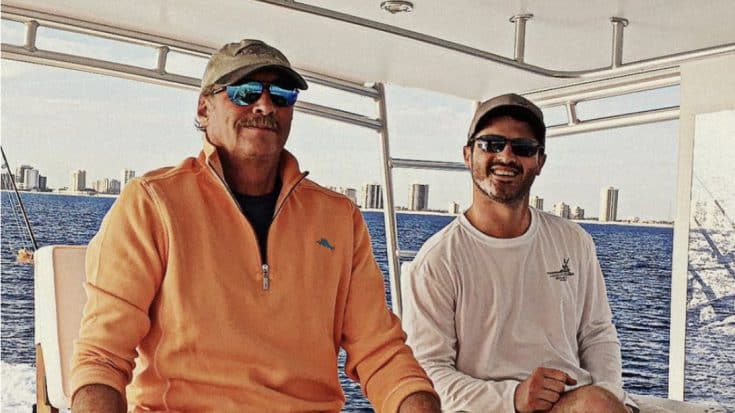 Country music legend Alan Jackson is speaking out for the first time following the untimely death of his son-in-law. Ben Selecman, husband of Jackson’s oldest daughter Mattie, passed away on September 12 from injuries he sustained after falling on a boat dock.

“The District Attorney’s Office is saddened to announce the passing of Assistant DA Ben Selecman. General Selecman suffered severe injuries during a boating accident and passed away on September 12. He was 28-years-old,” the statement read. “District Attorney Glenn Funk said the DA’s Office is thankful for every day that Ben had the opportunity to serve the people of Davidson County. Our prayers are with Ben’s family. He will be truly missed.”

The Jackson family has quietly grieved and hasn’t spoken publicly about the accident, until now. Friday morning (September 28), Alan Jackson released a statement on social media in remembrance of Ben and also thanking fans for the outpouring of support.

It's with grateful hearts that Denise and I want to thank our friends and fans for the outpouring of love and prayers during the hospitalization and ultimate passing of our son in law, Ben Selecman. Ben was a southern boy who loved hunting and fishing and just being outdoors. His childlike enthusiasm for each new day was contagious to everyone around him. He was the godly young man that Denise had always prayed for for Mattie. Ben we love you. Rest In Peace until we see you again.

Ben Selecman and Mattie Jackson were married less than a year ago on the Jackson’s family estate in Franklin, Tennessee. The bride and groomed shared their story and photos from their stunning wedding with Southern Bride. Mattie told the publication that many details of the elaborate ceremony and reception were decided upon by the couple, such as the specialty his and hers bars. Other details, such as the linens and cake, Ben graciously let Mattie decide on by saying, “Whatever makes you happy.”

But, both agreed that their favorite moment of their wedding event was a surprise first dance, a two-step swing dance to Mattie’s dad’s first radio single, “Blue Blooded Woman and a Redneck Man.”

Our thoughts and prayers continue to be with the Selecman and Jackson families.