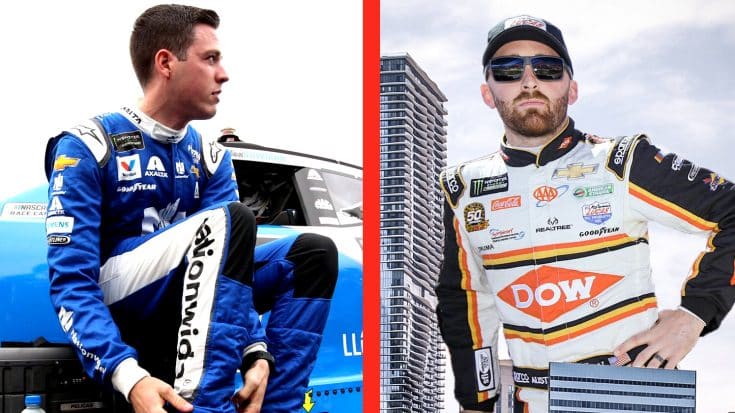 The NASCAR Cup Series playoff races are in full swing and there’s drama to be had on the track between two well-known drivers – and some very spicy soundbites.

Alex Bowman, who took up Dale Earnhardt Jr.’s spot in the #88 Nationwide car got into a bit of an on-track tussle with Austin Dillon – who runs the #3 Chevrolet for his grandfather’s team, Richard Childress Racing.

Bowman, who’s fresher in the seat of a full-time Cup Series ride, bumped into Dillon’s car as they ran down the middle of the field in Saturday night’s Federated Auto Parts 400.

It was then that Dillon got instructions over the radio to retaliate and get back at Bowman.

Dillon listened and nailed Bowman’s car in the back panel and spun him between turn three and four.

In response, Bowman snapped back over his radio: “I will shove that silver spoon he’s been fed on his whole life up his ass.”

The “silver spoon” reference is a common statement people make when referring to Dillon and his full-time career on his grandfather’s team.

“We ruined our car in a wreck for no reason. Didn’t think we needed to do that,” Dillon said afterward.