By Jennifer Pernicano on July 5, 2019
Advertisement 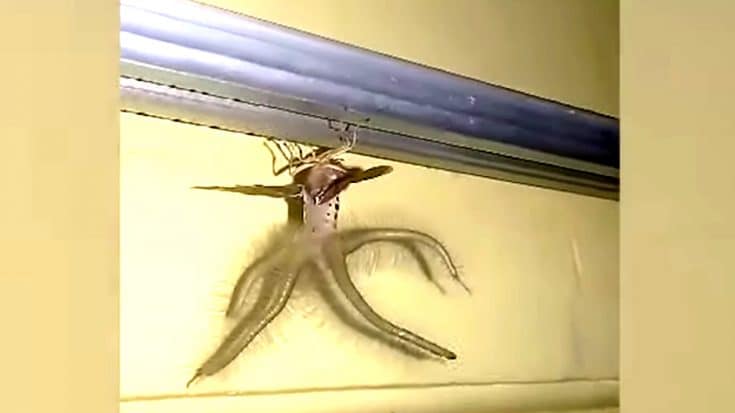 Have you ever watched Planet Earth? If so, then you might have a bit of an understanding that there are a LOT of animals on Earth that look like they’re from a whole other world.

This is especially true for many fish that live in the deepest depths of the ocean and are normally subject to complete darkness for their entire lives.

Often, people who encounter odd bugs or creatures on land that look completely insane are baffled that they’ve never heard of them or knew that they existed.

This is true for several parts of land life – including this caterpillar that can appear to be a snake when threatened! Bet you never knew that!

In this viral video from a man who was in Bali, Indonesia last month, there appears to be some crazy tentacled monster invading his home and was hiding out from a big rainstorm.

He described it as “looking like an alien” and added “It’s not something I’ve ever seen before. I don’t think it comes from this neighborhood.”

With four furry-looking tentacles and two wings along with a series of legs keeping it on the ceiling, this scary-looking creature still has not been identified.

Many believe that it belongs to a family of moths called Articiinae, but nobody has stated that this is truly from that type of insect.

These Articiinae moths are normally found in Southeastern Asia and Australia. They use their tentacles (called scent organs) to attract a mate. (As if you’d want two of these in your house.)

Check out this wild video below and let us know if you’ve ever seen anything like it before.