By Manly Bryant on December 6, 2022
Advertisement 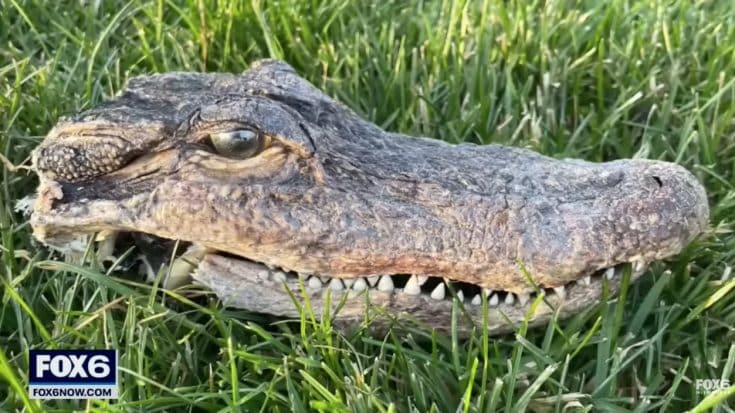 Wendy Wiesehuegel from Waukesha Country, Wisconsin told news reporters that her 2-year-old cat named Burnt Toast went down to Lake Keesus near her home and drug in what she thought was a big fish at first, that is until she examined his catch.

“He was very proud of himself,” Wendy told WITI.

After taking a closer look at what it was, she realized it wasn’t a fish, but a severed alligator head and so she called the Department of Natural Resources.

The department showed up and confirmed that it was in fact, a real head that belong to an alligator that was estimated to be about three feet long which was concerning to Wendy, as well as the DNR.

Many people swim in the lake during the summer and although no one is certain how the alligator got there, state officials said that the alligator was likely a pet that was released into the lake.

The DNR officials said that while the state does not have any laws prohibiting people from keeping exotic animals as pets, such as alligators, they do ask that residents not release any into the wild because it could have an impact on the locals and ecosystem.

Footage Of The Gator & Interview With Wendy Below