“American Pickers” Confirms One Star Will Not Be Returning

By Jennifer Pernicano on July 22, 2021
Advertisement 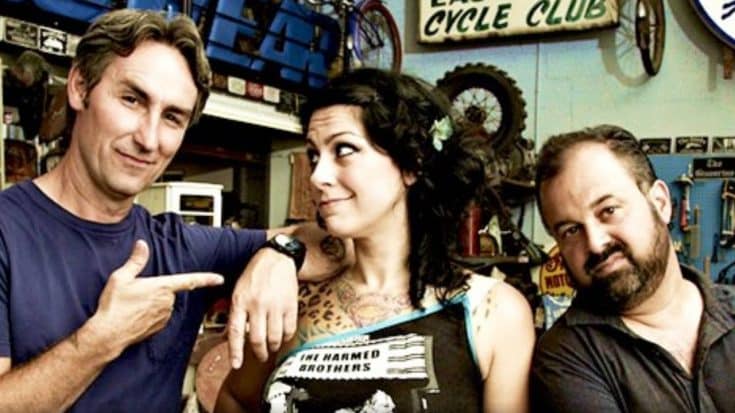 History channel premiered American Pickers in 2010, a show that follows two antique and collectible “pickers” named Mike Wolfe and Frank Fritz. They travel around the United States to buy or “pick” various items, then resell the items for either their personal collections or for clients.

For ten years, the two men have taken their finds to different storefronts Fitz’s store is in Savanna, Illinois and is called Frank Fritz Finds. Wolfe has two locations of his Antique Archaeology stores in Le Claire, Iowa and Nashville, Tennessee. There have been 22 seasons of the show with 325 episodes, but recently, fans have noticed that Fritz hasn’t appeared on the show since March 2020 even though his image was still being used for marketing for months.

Lets make the best of our Monday night with the Best of American PIckers 9/8c on HISTORY pic.twitter.com/Q5OqM1sJGT

Fritz gave a revealing interview with The Sun about his absence and even admitted that he and Wolfe haven’t spoken in two year. He also debuted a 65-pound weight loss.

American Pickers' Frank drops 65 lbs as he resurfaces for first time in a year https://t.co/Y9VGZnelhj

In the interview, he revealed that he first was taking time off the show to have back surgery and then the pandemic hit.

“It’s up to the network whether I come back on the show. It ain’t gonna affect me one bit. I didn’t leave the show, I finished shooting and then I had a little back surgery and the pandemic came,” he said in the interview.

Fritz added that after the surgery, Wolfe never contacted him to find out how he was doing…and they haven’t spoken since, making it about two years since they’ve talked!

He revealed, “I haven’t talked to Mike in two years. He knew my back was messed up, but he didn’t call me up and ask how I was doing. That’s just how it is. The show is tilted towards him 1,000 percent. I can’t even bend that far down to show you how much. That’s fine. It’s like you’ve got Aerosmith and there’s Steven Tyler and he’s the front man. I found my spot, I’m second and he’s number one on the show. That’s no problem with me, maybe he does have a problem.”

And while Mike has said in the media that Frank’s absence is because of his back surgery, Frank reassured The Sun that he is back to full physical health.

“My back is doing perfect. I had a couple of rods put in there. It was from lifting stuff all the time,” he said. “If you watch the show you can see who the guy is that’s lifting all the time, it’s always me. It had been hurting for a long, long time. I’m talking months and months and months.”

Now, just a couple days after Fritz’s revealing interview, Wolfe has released a statement of his own…and the show confirmed Fritz will not be returning to American Pickers.

“I have known Frank for as long as I can remember, he’s been like a brother to me. The journey that Frank, Dani (Danielle), and I started back in 2009, like all of life, has come with its highs and lows, blessings and challenges, but it has also been the most rewarding. I will miss Frank, just like all of you, and I pray for the very best and all good things for him on the next part of his journey.”

EW also reports that “History Channel has no plans to bring Fritz back and he doesn’t factor into the show’s ‘big picture.'”

Although Fritz says he “didn’t leave the show,” it seems his absence is permanent.

Mike and Jersey Jon fall hard for a grand South Carolina home with lots of goodies inside on TONIGHT's #AmericanPickers at 9/8c. Where are you watching from? @AmericanPicker pic.twitter.com/sKgPtXle11