By Manly Bryant on March 30, 2020
Advertisement 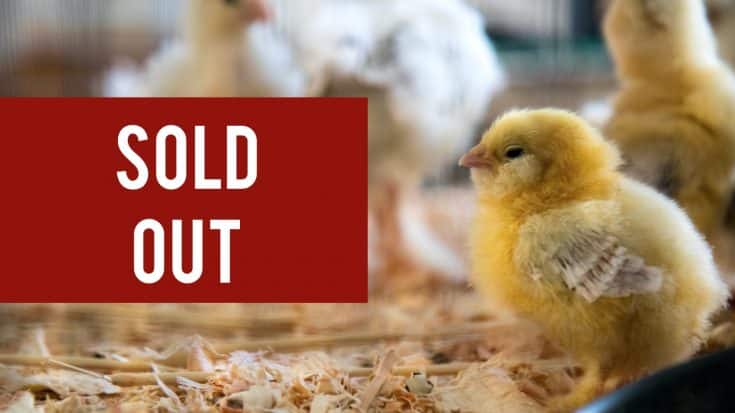 The next level of American pandemic-era panic buying has arrived. And its new focus is on live chickens. Specifically, baby chicks.

According to the New York Times, chicken hatcheries are quickly running out of their supply of chicks. Feed stores across the country, which normally are filled with Easter chicks, are having a hard time keeping chicks in stock right now.

3 weeks ago in Tractor Supply. pic.twitter.com/UwuvF4LXVW

Lines outside of Tractor Supply Company stores are stacking up as people rush to purchase as many chicks as they can carry.

It’s unclear if most people are buying them with the intent of keeping a flock or if they are just looking to have a fresh supply of eggs in their back yard.

According to data from years past, sales of chicks tend to rise during “periods of uncertainty” which includes stock market instability and presidential elections.

Two people interviewed by the New York Times both say that they chose to purchase a few chicks at this time due to the free time they’ve recently gained because of the large-scale shutdown of many industries.

“I thought I’d get some chicks before everyone panics at once and buys them,” Texas musician Amy Annelle said. “It’s just very hopeful watching them grow.”

Due to the panic-buying across the country, many people may think that grocery stores and supermarkets might run out of food – however, experts on supply chains and food management say that it’s not true.

Watch a video about the United States’ food supply below – along with another video about how you should clean your groceries once you get home to prevent contracting COVID-19.