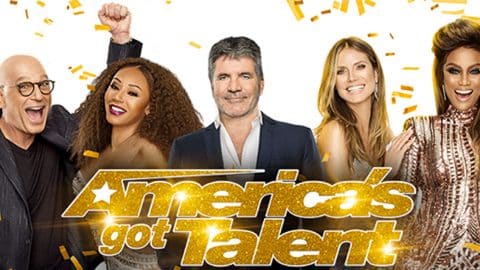 Fans of the long-running talent show America’s Got Talent have been watching week after week all summer long to see who would be taking home the million dollar prize and be crowned Season 13 champion!

10 finalists will compete to win it all.You decide who will end up on top. 🏆📲 https://agt.app.link/AreYouReadyToVote

Posted by America's Got Talent on Tuesday, September 18, 2018

All the votes were counted for Wednesday’s (Sep 19) finale, but of course – they made us wait until the very last second of the broadcast to find out who won!

While we were patiently waiting for the results, the episode was jam-packed full of, well…talent! Among the awesome performances Wednesday night was legendary rock band KISS performed “Detroit Rock City,” and Michael Ketterer performed a song written by the one and only Garth Brooks!

WHO DO YOU THINK WILL WIN?

Thank you, @Ketterermusic. You’ve shown us what it means to love unconditionally. You poured your heart into every performance and we admire your unbelievable strength. #AGTFinale

Comroe and Joseph were eliminated next, leaving Zucaroh and Shin Lim as the remaining two acts.

With just moments left, Banks revealed that the winner of America’s Got Talent‘s 13th season is …. Shin Lim!

THIS IS IT! RETWEET because the winner of #AGT is .… pic.twitter.com/Xbo1P2g1of

Congratulations, Shin Lim! Watch him win America’s Got Talent in the video below.