By Jennifer Pernicano on September 19, 2018
Advertisement 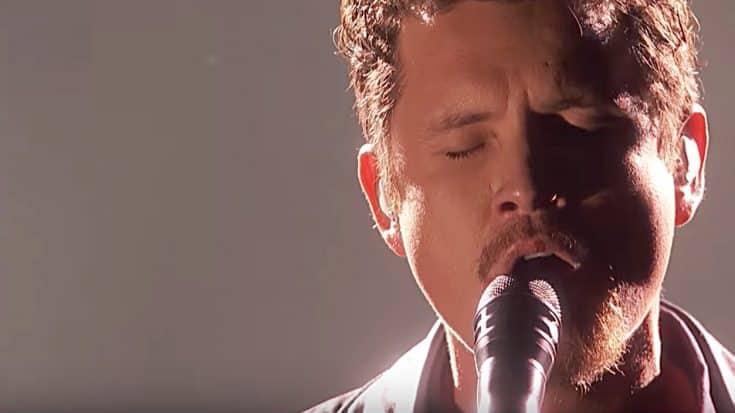 Since the moment he walked on the America’s Got Talent stage, Michael Ketterer was an inspiration to all.

He won over all four judges, including Simon Cowell, who is know for being a notoriously harsh critic. In fact, Cowell was moved so much by not only his talent, but also his story, that the judge used his Golden Buzzer for the Orange County-based pediatric mental health nurse.

Not only does Ketterer spend his days working with children in the hospital, he comes home to a full house of six kids – five of whom he and his wife adopted through the foster care system, including a nine-year-old son who has cerebral palsy and is wheelchair-bound.

Throughout the season, he delivered a string of incredible performances – including one that moved Cowell to tears.

After that performance, he sang an inspiring rendition of Miley Cyrus’ “When I Look At You,” which prompted Cowell to challenge a country legend to write a song for Ketterer, should he advance to the finals. That country legend was Garth Brooks.

“I have to tell you. I’m going to send a shout out to somebody right now, and that person is Garth Brooks.” Cowell said. “Garth, if you’re watching the show, please write Michael a song for the final if he makes it into the final. I just have this feeling, you two having a connection. I hope he gets this message because I want to see you in the final with a killer song to make your dreams come true, Michael. I really want it to happen. You deserve it.”

Well, Garth wasn’t watching because he was on vacation, but enough people who knew him were and his phone would not stop ringing! He responded to this shout out during one of his Inside Studio G Facebook Live sessions.

One week after responding to Cowell’s challenge, Brooks revealed everything didn’t come together to write a song for Ketterer’s finale performance, which was going to take place later that same day, he did get a song from Brooks for the finale results episode.

For the final song before the results show, Ketterer performed a stripped-down version of the Motown classic “Ain’t No Mountain High Enough.”

Although he received mixed reviews from the judges, he laid it all out there and we think he has a really good chance at winning the entire thing!

Watch Ketterer’s finals performance in the video below, and let us know what you think of it in the comments!