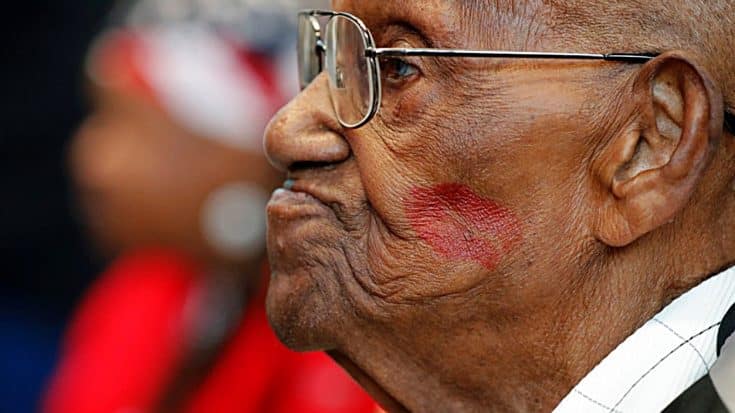 According to his service documents, Lawrence was a former Private 1st Class soldier and served from 1940 to 1954. He started serving as a personal assistant to three higher-ranking officers within the 91st Engineer Battalion, stationed in New Guinea. His daily duties were to cook, clean their sheets, uniforms and shine their shoes.

Fast forward to 2014, the oldest WWII veteran to be alive was Mr. Richard Overton at 112 years old until he passed away making Lawrence the new record holder. The National World War II Museum in New Orleans officially recognized Lawrence as such and honored him by throwing him a birthday party. They’ve been celebrating his birthday every year since.

ICYMI: Lawrence Brooks, considered to be the nation's oldest living World War II veteran, was serenaded and showered with kisses during a celebration at the National World War II Museum. https://t.co/YmOMqjd1DW

Lawrence is blind in one eye, has poor vision in the other and uses a walker to get around. Regardless, he believes he has lived so long because he has always liked people so much and says even though he knows he doesn’t have many birthdays left he’s not worried about it. “God has let me live this long already,” he says.

Happy Birthday, Lawrence Brooks! May you have many more!