By Jennifer Pernicano on July 8, 2021
Advertisement 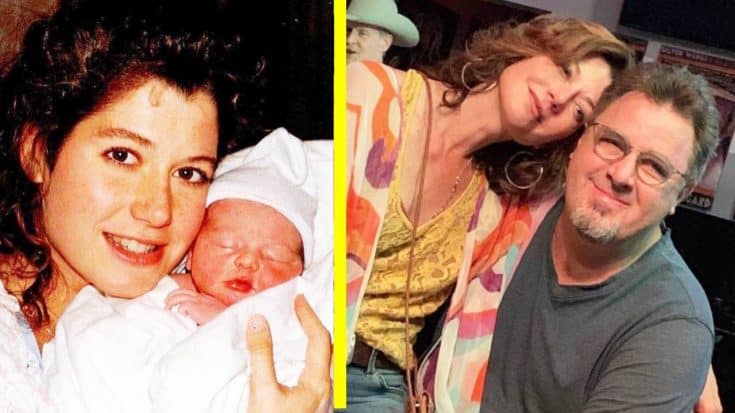 The little girl who inspired the Amy Grant song “Baby Baby” about is going her have her own “Baby Baby!”

Grant was married to fellow Christian music singer Gary Chapman in the early 80s and together the couple welcomed three beautiful children – Gloria, Sarah, and Matthew. Gloria, who goes by Millie, was the inspiration for Grant’s 1991 hit song “Baby, Baby.”

On April 27th, 2019 – almost exactly two years since her mom released the 25th Anniversary edition of “Baby, Baby,” Millie Chapman walked down the aisle toward her husband, Ben Long and said the vows she’d always dreamed of saying.

Now, shortly after Millie and Ben’s two-year wedding anniversary, the couple has announced they are expecting their first child together!

On her personal Instagram, she posted a photo of their two dogs in Batman and Robin costumes next to a pink and purple Batgirl onesie and the caption, “Coming this holiday season.”

We know they will be proud grandparents to their soon-to-be-born grand baby! Congratulations to Millie, Josh, and the whole family!