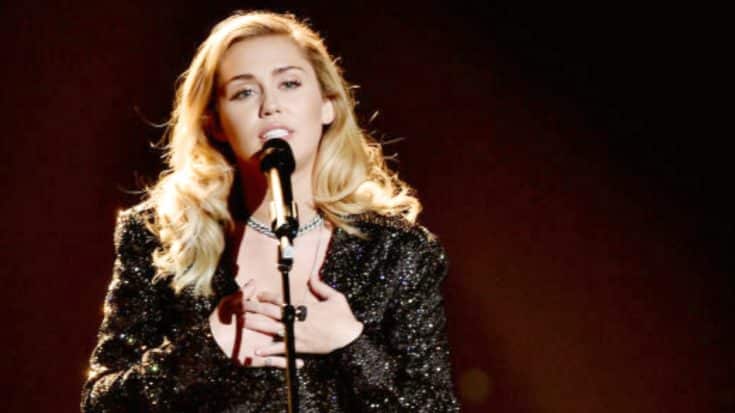 Fires Wreck The State Of California

Over the past few days, wildfires have raged in California, forcing thousands of Los Angeles residents to evacuate their homes. According to a report published by The New York Times on Monday evening (November 12), the major Camp Fire that torched the city of Paradise was only 30% contained at that time.

The same article states that 42 known deaths have resulted from the fires so far. That toll makes the fires the deadliest to ever hit the state of California.

Here's what California's wildfires look like from space https://t.co/Irj4Y2aRcn pic.twitter.com/oI1hhmtGkI

In addition, the fire is the most destructive one on the state’s history, already destroying over 7,100 structures. Many of those structures are homes, including one owned by singer and former Voice coach, Miley Cyrus.

Miley Was One Of Many To Lose A Home

After being absent from Twitter since July, Cyrus took to the social platform to reveal that her home was one of the many claimed by the fires ravaging the state of California.

She shared that she, her pets, and “the love of [her] life,” longtime partner Liam Hemsworth, were all safe.

Completely devestated by the fires affecting my community. I am one of the lucky ones. My animals and LOVE OF MY LIFE made it out safely & that’s all that matters right now. My house no longer stands but the memories shared with family & friends stand strong. I am grateful for

As Cyrus wrote, although her house no longer exists, she knows that the memories she made there will remain with her forever.

In a followup tweet, Cyrus expressed how grateful she is for all she has left. She also expressed her overwhelming gratitude to the LA Sheriff’s Department and all of the firefighters who have devoted their time to fighting the blaze and helping those in need.

all I have left. Sending so much love and gratitude to the firefighters and LA country Sheriff’s department! If you are interested in getting involved see next tweet….
Donate $ , Time , Supplies
I love you more than ever , Miley

Getting Others To Help

Wanting to do her part to help, Cyrus is leading the charge in encouraging others to assist in any way they can.

She issued a third tweet containing links to various places people can donate to help the fire relief efforts, including The Red Cross, United Way, and Airbnb, where people can list their homes as a source of shelter for those in need.

You can donate to the Salvation Army’s wildfire relief efforts by visiting the link here.

Our hearts and prayers go out to Cyrus and all who have suffered as a result of these devastating fires.