An Inside Look At Miranda Lambert’s Remodeled Airstream Trailer 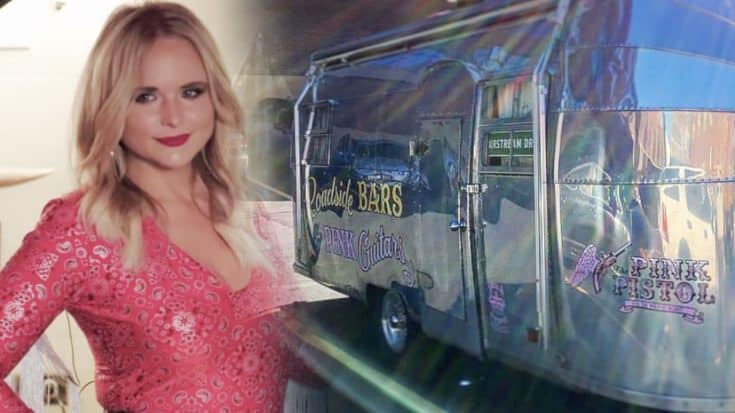 It comes as no surprise to Miranda Lambert‘s fans that she loves Airstream trailers. In fact, one played a huge part in her 2015 music video for “Little Red Wagon.”

She also brings her beloved Airstream, which she has named “Wanda the Wanderer,” on many tours with her, and it serves as the prime hangout spot for her and her friends on the road. The Airstream even has her own Instagram account with over 8,000 followers.

She has been touring with Wanda since 2010 when her friends from the company Junk Gypsy, which is run by sisters Jolie and Amie Sikes, designed it for her.

“In 2010, we designed an Airstream for our friend Miranda Lambert to take on tour with her,” Jolie explained in a video on HGTV’s The Find & The Fix. “It kind of serves as their rolling bar on wheels that will stop at every tour date with her.”

Because Lambert has toured a whole lot since 2010, Wanda has taken quite a beating – so the sisters gave Wanda a remodel this year! When Lambert and the Sikes sisters reunited to talk about the new design, the “Keeper of the Flame” singer said, “Number one, I’m sorry. Bless her heart, she’s been rode hard and put up with it.”

For the new design, the Junk Gypsies took inspiration from her Livin’ Like Hippies Tour – which meant lots of fringe, vintage florals, snakeskin, cacti, and velvet. The ladies totally gutted everything inside Wanda to give her a fresh, new look. Take a look at their design process below.

When Lambert saw it for the first time, she was blown away by Wanda’s new look.

“It’s incredible,” she told them. “I couldn’t have even dreamed up how great it turned out. It looks so much bigger! Our whole band and crew just can’t believe it!”

Watch the Junk Gypsies show Lambert every little detail of her new, remodeled trailer – as well as the singer’s reaction – in the video below.