By Jennifer Pernicano on August 12, 2019
Advertisement 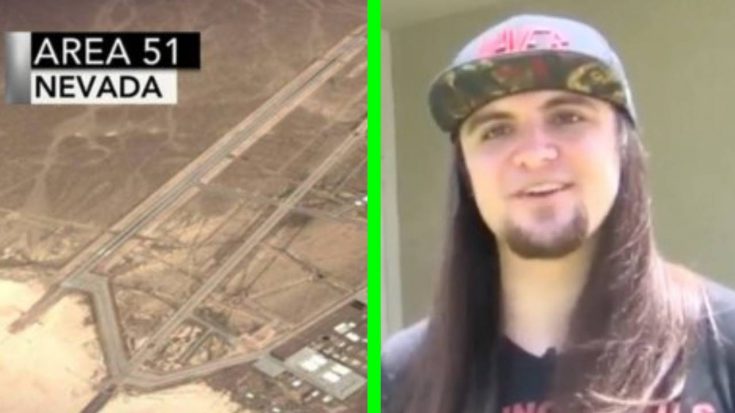 For decades, people have come up with theories that the government is housing aliens at the Amargosa Valley, Nevada site and apparently, the people now want answers.

The idea that “they can’t stop us all” to “get them aliens” has lots of people intrigued, each giving their own ideas on how this plan could actually work. Some have joined the event just to leave snarky comments, including funny plans, like the one below.

The poster also ended his long “plan” with the following:

“To anyone actually thinking of storming area 51, there isnt any UFO’s or anything of extraterrestrial origin there its a research base, this has been confirmed by Bob Lazar (if you dont know who he is, google him).”

The Internet has had some hilarious responses to the Facebook event. See them below.

Why the US ain’t worried about the Area 51 raid pic.twitter.com/A5OYEQvtLn

Me and my new pals when I bust them outta Area 51 ???#Area51 pic.twitter.com/cFJrq7ILHr

The event’s creator came forward after the event’s popularity picked up.

Matty Roberts told CNN that he created the event as a joke after hearing Area 51 expert Bob Lazar on Joe Rogan’s podcast. Lazar has publicly claimed that he worked on alien spacecrafts during his time as an employee at the base.

He created the Facebook event as a joke to see what kind of memes people would come up with.

“I waited for like three days and there were like 40 people and then it just completely took off out of nowhere. It was pretty wild,” Roberts said.

He made it clear, “It’s entirely satirical though, and most people seem to understand that.”

While he says that “most people” have understood that the event is a joke, the Air Force isn’t so convinced.

This Facebook event has received so much traction that the United States Air Force has responded. Air Force spokesperson Laura McAndrews told the Washington Post that they are prepared to stop any threat to the Area 51 facility.

“The U.S. Air Force always stands ready to protect its assets,” McAndrews told the publication, adding that the site is “an open training range for the U.S. Air Force, and we would discourage anyone from trying to come into the area where we train American armed forces.”

Basically, she is saying to enter at your own risk, but you really shouldn’t enter at all!

Roberts said he was worried that FBI would show up at his house, which is why he came forward to make sure everyone knows the event he created is completely satirical.

Even though he released the statement above, the FBI still contacted him.

According to ABC 15, Roberts said “The FBI showed up at 10 a.m. and contacted my mom, and she calls me like, ‘answer your phone the FBI is here. I was kind of scared at this point, but they were super cool and wanted to make sure that I wasn’t an actual terrorist making pipe bombs in the living room.”

Of the reaction from the public, he says, “It’s insane, and I just created a joke while I was playing video games and it has taken off to this wild monster.”