Aretha Franklin, The Queen Of Soul, Dead At 76

By Manly Bryant on August 16, 2018
Advertisement 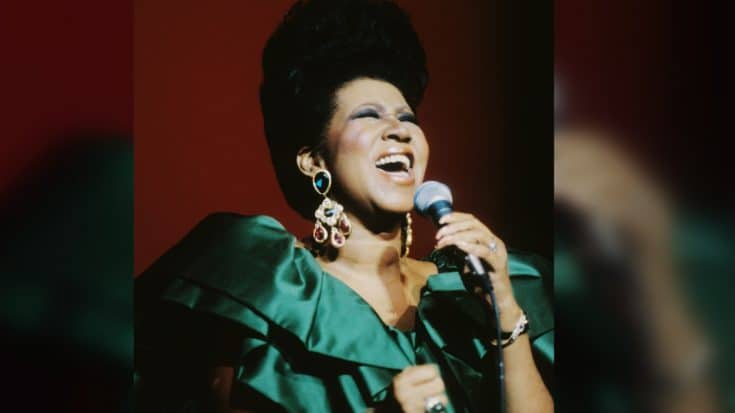 The tragic news of this legendary artist and amazing person’s passing spread quickly this morning after a lengthy health battle – much of which was kept from the public eye.

Known worldwide and with a name that is instantly recognizable (even to some of the youngest generations), Aretha Franklin is a true legend and musical icon. Sadly, her health declined rapidly in the last several months and she passed away on Thursday, August 15th, 2018 at the age of 76.

BREAKING: Publicist for Aretha Franklin says the Queen of Soul died Thursday at her home in Detroit.

For a long time, there had been rumors that Franklin had been battling pancreatic cancer – and her publicist confirms that she had an advanced form of the terrible disease.

We just lost an icon.
Rest In Eternal Peace to the Queen of Soul, Aretha Franklin ????? pic.twitter.com/4zW3nYRjyO

Reigning as the undisputed “Queen of Soul,” Franklin was a global icon and revered matriarch in the music industry. Over the course of her 62-year-long career, Franklin issued songs to the charts that became instant classics, cultural standards, and timeless works that even some of the youngest generations know by heart.

She was nominated for 44 Grammy Awards and won 18 of those nominations among a seemingly endless of other awards throughout her brilliant career. Some of her biggest hits include“Respect,” “Natural Woman,” I Say A Little Prayer,” and “Chain of Fools.”

Many of you are asking me to confirm the health status of @ArethaFranklin. Folks, I’ve known for several months. The Queen is surrounded by loved ones. That’s all I will say for now. Please keep her, the family and her longtime support staff in your prayers. pic.twitter.com/F6nMjHQjlP

In the days leading up to her passing, her family had confirmed that she was in “grave” condition and many people within the music industry spoke out in support of her offering their thoughts and prayers for her. Her family also remained very optimistic in spite of her declining health.

The Franklin family also issued a statement to the Associated Press saying that Franklin passed away on Thursday morning at her home in Detroit and revealed the extent of her pancreatic cancer battle.

“Franklin’s official cause of death was due to advance pancreatic cancer of the neuroendocrine type, which was confirmed by Franklin’s oncologist, Dr. Philip Phillips of Karmanos Cancer Institute.”

“In one of the darkest moments of our lives, we are not able to find the appropriate words to express the pain in our heart. We have lost the matriarch and rock of our family. The love she had for her children, grandchildren, nieces, nephews, and cousins knew no bounds.”

Funeral arrangements will be announced in the coming days. Much of the world is in mourning over the passing of such a magnificent icon and incredible contributor to the world of music and history.

Watch CBS News’ special report on her passing below.