By Manly Bryant on August 23, 2019
Advertisement 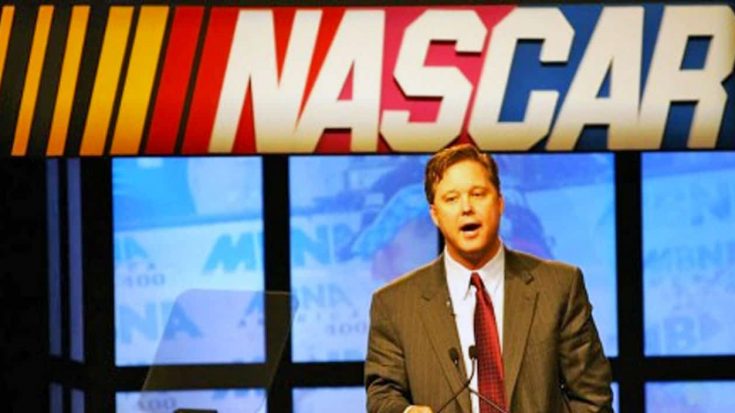 A brand-new report reveals that NASCAR has reportedly banned a majority of gun advertisements, citing a “gradual shift” in the organization’s stance toward weapons after these many mass shootings in recent years.

NASCAR and many outdoors / sporting goods companies, along with the NRA, all have really great working relationships. In fact, Bass Pro Shops and the NRA are the sponsors for the Bristol Night Race.

It’s Bristol, baby! We can’t wait for the Bass Pro Shops NRA Night Race this weekend, part of the Monster Energy NASCAR Series at Bristol Motor Speedway. Be on the lookout for the bright teal-colored NRA Women car in the fan zone and stop by for a photo and tag #nrawomen pic.twitter.com/MMYj9WrA2K

But, in a letter reply to a would-be advertiser, NASCAR has explained that they are changing what kind of weaponry and firearms may be displayed in advertisements connected with the organization.

A report published by BleacherReport.com states that online gun parts and firearms retailer K-Var Corp had an ad rejected by NASCAR along with a statement explaining why.

“We just heard from NASCAR on a number of gun-related ads and unfortunately, due [to] a gradual shift in NASCAR’s position on guns, these ads must be edited/changed—especially those that are depicted as assault-style rifles/sniper rifles,” National Event Publications said in an email to an online gun retailer. “NASCAR is still open to some of the less controversial gun accessories, concealed carry, or classes.”

K-Var was attempting to purchase print advertising in the NASCAR Advertising Book for the last 26 races of the year, but was denied based on this “gradual shift.”

NASCAR has long had relationships with gun retailers, manufacturers, and the NRA – so this swift change comes as a surprise to many in the industry.

NASCAR itself has not issued a statement on the matter, but their publication company is following orders provided by them.

What do you think of this change? Share your thoughts with us in the comments below.