Aurora Borealis May Be Visible From Northern States Tonight

By Manly Bryant on December 10, 2020
Advertisement 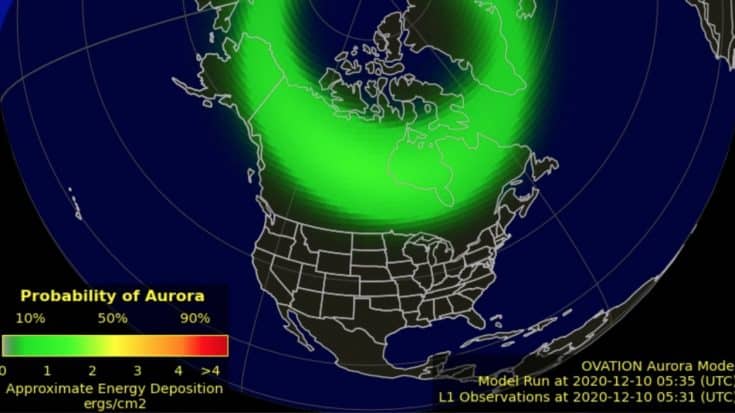 Get excited because you may be in for an illuminated evening tonight. An aurora borealis will be on display in the earth’s northern hemisphere and here’s what you need to know about it.

According to the Space Weather Prediction Center (SWPC), they are expecting the illumination to be ranked at a level seven on the Kp-index. For those who don’t know yet, the Kp-index measures the disturbance levels of the Earth’s magnetic field caused by the solar wind (zero for being the weakest and nine for the strongest).

So basically, there will be a strong storm high above the earth’s atmosphere that’s equal to a G3 tornado on the earth’s surface. SWPC said if you’re going to watch it, the best time to see the most action will be from around 10pm to 1am (CST).

It will be even better if you can escape the city lights and allow your eyes to adjust to the night sky for at least 15 minutes before it starts. WKOW News is requesting that if you get some good footage or pictures of the illumination to email them to [email protected]

SWPC wrote on their website, “For many people, the aurora is a beautiful nighttime phenomenon that is worth traveling to arctic regions just to observe.  It is the only way for most people to actually experience space weather.”

Video Below Explains More About The Aurora Borealis