By Miranda Raye on January 23, 2023
Advertisement 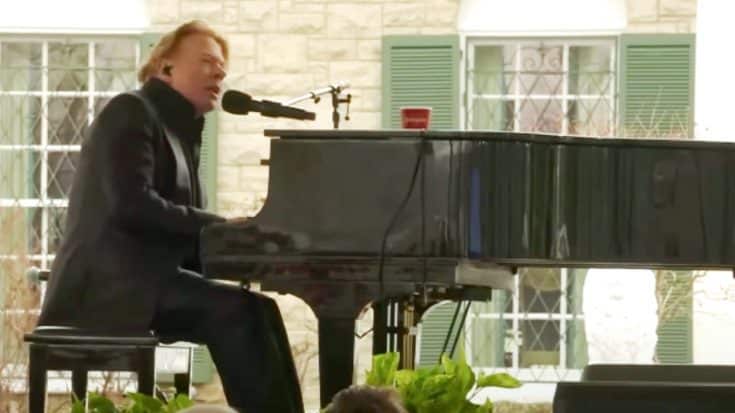 Graceland hosted a public memorial service on Sunday (January 22) to honor Lisa Marie Presley. She passed away on January 12 at the age of 54.

Lisa Marie was laid to rest at Graceland. She was buried near her son, Benjamin Keough, who died in 2020. Lisa Marie’s father, Elvis, is also buried at Graceland.

“With Lisa’s passing, I knew if I was invited I needed to come to these ceremonies. I hadn’t planned on speaking, and when I was put on the spot, I really didn’t know what to say. I was tongue-tied and nervous, and I didn’t really know what I said. But I, as I’m sure many of you, are still in shock, as I feel I will continue to be for quite some time.”

Axl said he “never in a million years” thought he would be there, at Graceland, “singing under these circumstances.”

From there, Axl took a seat at the piano and delivered a solo performance of Guns N’ Roses’ 1992 single “November Rain.” He shortened the song for the memorial, but still packed a ton of emotion into the abridged rendition.

Watch a short clip of Axl singing “November Rain” at Lisa Marie’s memorial service by tuning in to the video below. The video also contains clips of other musical tributes.

Lisa Marie is so dearly missed…