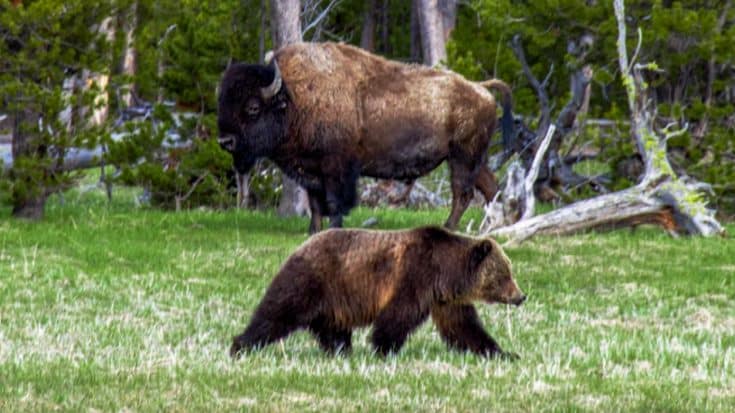 61-year-old Allen Minish is one of six people he knows who has been mauled by a bear, and the story of how he lived through it is quite scary.

Allen owns his own surveying and engineering business and that field of work often takes him into the wilderness. On this particular day, he was alone in a very remote part of Alaska called Anchorage. As he was inputting numbers into his GPS, he looked and noticed a massive brown bear walking about 30 feet away.

“I saw him and he saw me at the same time, and it’s scary,” he told WESH in a phone interview on Wednesday from his hospital bed in Anchorage.

Allen tried to hold the pointed end of his surveying pole towards it but the bear easily swiped it with a force that knocked Allen to the ground. At this point, the bear got on top of him and bit onto his head.

“He took a small bite and then he took a second bite, and the second bite is the one that broke the bones and crushed my right cheek,” he said.

The bear let go and Allen rolled over to cover his head with his arms. The bear walked off, assumably, because it didn’t see Allen as a threat anymore. The engineer was bleeding badly and he took his surveyor’s vest and T-shirt and wrapped them around his head to try and stop the bleeding.

“He didn’t come back, and so I just lay there and worried about it,” Allen said about the bear.

As he was laying down, Allen called 911 who sent a rescue helicopter to come retrieve him 59 minutes later. Allen was flown to Providence Alaska Medical Center in Anchorage where doctors say he was beaten up pretty badly but is in a stable and good condition now.

“I should have had somebody with me,” he said. “That’s the one lesson learned.”

Allen added that he had his gun in the truck but didn’t bring it with him this time. Even if he had it with him he believes it would not have mattered because of how fast the bear closed the space between them and attacked. He hopes his story will make others more aware.